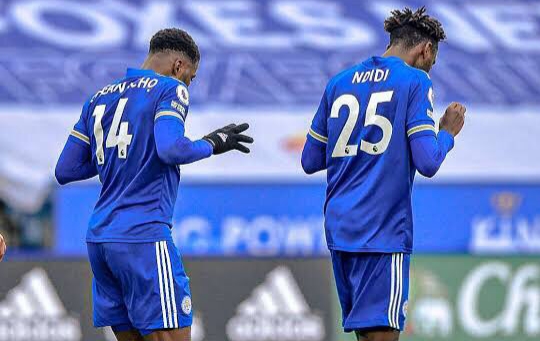 Super Eagles duo of Wilfred Ndidi and Kelechi Iheanacho have helped Leicester City to beat Chelsea in the final of the English FA Cup.

The game, played in front of about 20,000 fans at Wembley on Saturday evening, saw Iheanacho feature for 67 minutes before he was substituted while Ndidi was on for 90 minutes.

A 63rd-minute goal by Youri Tielemans was all that the Foxes needed to overcome their opponents in an exciting final.

Tielemans collected a loose ball 30 yards out before rifling an unstoppable shot into the top corner.

There was a late drama when an 89th-minute Chelsea equaliser by Ben Chiwell was ruled out by VAR after the player was adjudged to have been millimetres offside.

The Foxes then held firm in stoppage time to earn manager Brendan Rodgers his first major trophy in English football.

Leicester, who were playing in their first FA Cup final since 1969, clinched the title for the first time in history with a 1-0 victory over Chelsea.

The Blues could still win a title this season as they are already in the final of the Champions League, where they will face Manchester City in Porto om 29 May.