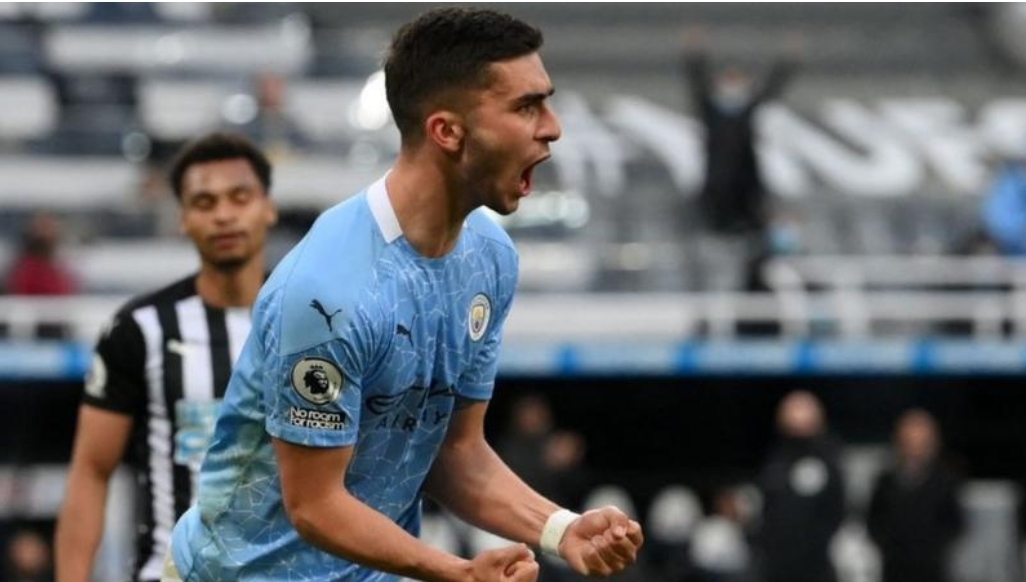 Newly-crowned champions of the English Premier League, Manchester City came from behind to beat Newcastle United 4-3 in a thrilling encounter.

The Pep Guardiola side came from behind twice to win their first game since becoming champions.

A hat-trick by Ferran Torres was the highlight of the game, as well as his superb backheeled finish in his third goal.

Goalkeeper Scot Carson. 35, was in goal for Manchester City. The game was his first Premier League game in 10 years.

For City, victory means they established an English league record of 12 successive away victories.

Emil Krafth’s header from Jonjo Shelvey’s corner put the hosts ahead in the 25th minute before Joao Cancelo equalised with a deflected effort on 39 minutes.

Torres then scored his first of the day to put City in front for the first time when he expertly turned home Ilkay Gundogan’s free-kick, but Newcastle levelled before the break through a penalty.

City defender Nathan Ake was deemed to have fouled Joelinton, who converted the spotkick.

Joe Willock scored to put the hosts back in front following a rebound to a missed penalty in the second half.

But Torres scored two goals within three minutes to complete his hat-trick and seal victory for the champions.