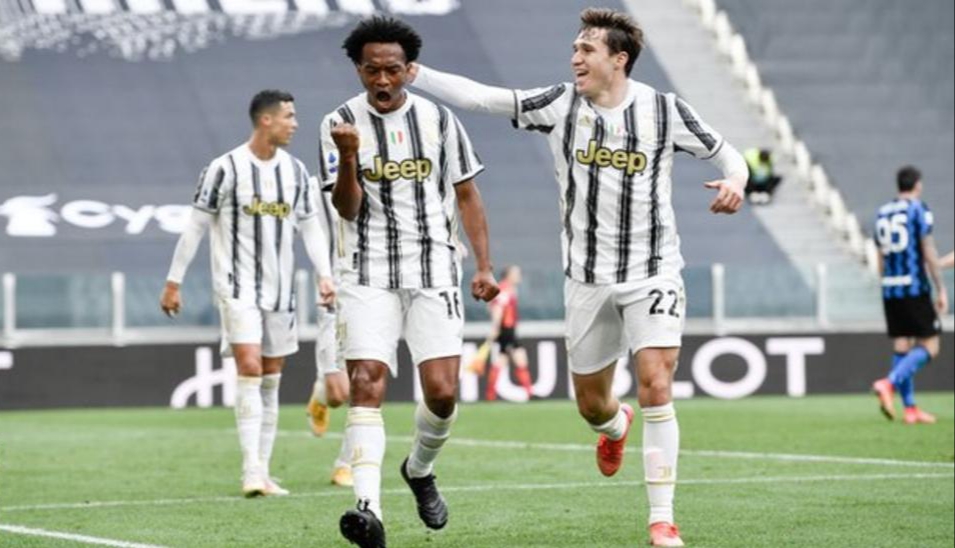 Juventus ensured they remain in the race for a spot in Europe next season after they won a dramatic Serie A clash with Inter Milan.

The hosts, who had already lost the title to their opponents, put up a fine performance to secure a 3-2 victory and end Inter’s unbeaten run.

Cristiano Ronaldo opened scoring in the 24th minute before Romelu Lukaku made it 1-1 with another penalty.

Juan Cuadrado put Juve ahead again just before the break but a Giorgio Chiellini own goal took it to 2-2, before Cuadrado won and scored a late penalty for a winner.

Both teams ended the game with 10 men, with Rodrigo Bentancur and Marcelo Brozovic sent off in the 55th minute and 92nd minute respectively.

Champions League qualification remains out of Juventus’ hands as fifth-placed Napoli will climb above Juve with a win against Fiorentina in Sunday.

Juve’s final game of the season is against Bologna on Sunday, 23 May.