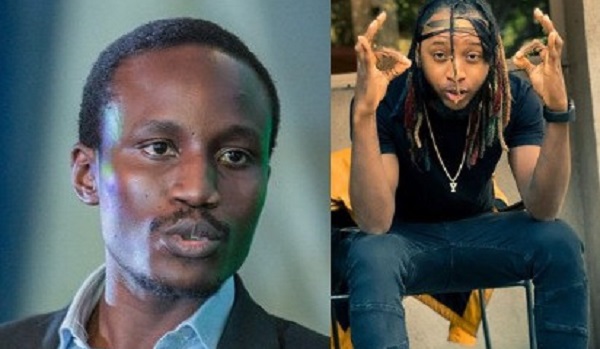 The Special Assistant to the President on New Media, Tolu Ogunlesi and rap lyricist, Yung6ix were involved in exchanges on social media over President Muhammadu Buhari’s achievement since he assumed office in 2015.

Yung6ix took to Twitter on Tuesday to ask his followers to list the ”significant things” President Buhari has done since he assumed office and before long, Ogunlesi jumped in defence of his boss.

The presidential aide listed the biggest infrastructure push since 1999, the establishment of the largest social welfare in Africa, the commencement of Ogoni clean up, and the intervention to save many states from financial collapse as some of Buhari’s achievements.

Unimpressed by Ogunlesi’s defence of the President, the lyricist pointed out immediately on Twitter that his question was about the “significant” things the Buhari administration has done for the common man on the streets.

The exchange came a few days after Yung6ix took to Twitter and lashed out at Chocolate City CEO, Jude MI Abaga, for not doing anything to support his fledgling music career.

The versatile rapper said he has lost all the respect he had for MI for not helping him sail through the murky but competitive music industry.

In a post on Twitter,Yung6ix said: “The record MI refused to support even though he was on it, chairman didn’t post or repost or agree to come for video.

“He didn’t also, post my album which he was a part of. Yes, its true idols turn rivals. Still like your old songs but I’ve lost every symptom of respect I have 4 U.”