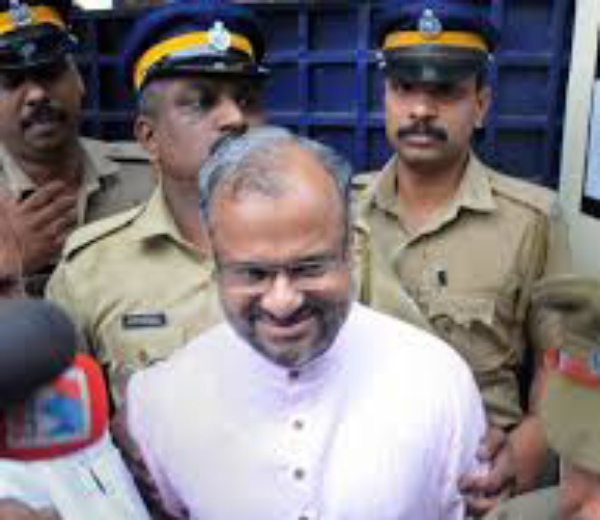 An Indian Catholic priest, Bishop Franco Mulakkal, who was been standing trial over accusation of r*ping a nun, was on Friday, discharged and acquitted by a court in the southern state of Kerala in the Asian country.

Bishop Mulakkal was also cleared of other charges in a case that had attracted international attention and shocked the country’s minority Christian community.

Prosecution lawyer, Sandhya Raju, told journalists that the court found Bishop Mulakkal not guilty after he was accused of raping a nun multiple times between 2014 and 2016.

An unnamed 44-year-old nun, had, in 2018, filed a police report alleging that the sexual abuse occurred while Bishop Mulakkal was staying in a guest house belonging to the St. Francis Mission Home in Kerala.

Bishop Mulakkal was arrested in September of that year and charged with multiple crimes seven months later, including rape and wrongful confinement, charges he had consistently denied.

Following monrhs of intense trial, the case sparked off protests in the region amidst allegations of a police cover-up.

Many nuns in the state joined the protests, breaking a longstanding culture of silence to publicly accuse a church superior of sexual assault.

A group of nuns who spoke against Mulakkal claimed the church had attempted to transfer them to other parts of the country in a bid to silence them.

WHO recommends two new drugs for treatment of COVID-19