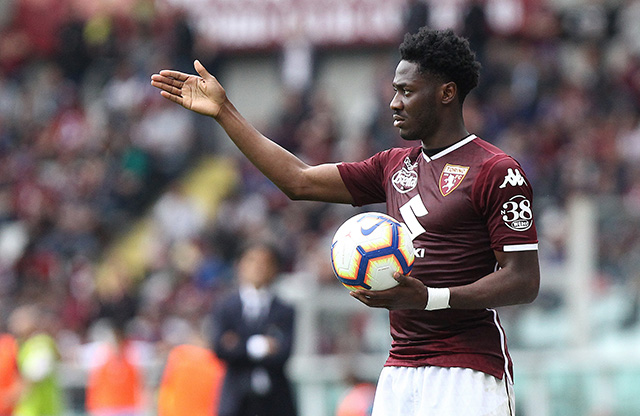 The 22-year old joined the club as an U-21 and progressed through the Blues Academy where he won multiple honours, and went on to make six appearances for the Blues during the 2016/17 campaign.

The defender, who spent last season on loan at Torino, made a huge impression at the club and has now secured a permanent deal at the Serie A side.

“Everyone at Chelsea Football Club would like to thank Ola for his services and we wish him the best of luck for the next stage in his career,” a statement on Chelsea’s official website read in part.

The right-back made 30 league appearances for Torino as the club finished seventh in the Italian Serie A last season.

Aina, who could not join the Super Eagles at the 2018 FiFA World Cup in Russia, is now a member of the squad for Nigeria’s Africa Cup of Nations (AFCON) campaign.

The Eagles are currently in Egypt for their final preparations ahead of the tournament, billed to kick off on June 21st.

Nigeria have been drawn in Group B alongside Burundi, Guinea and Madagascar, and will begin their campaign on June 22 against Burundi.