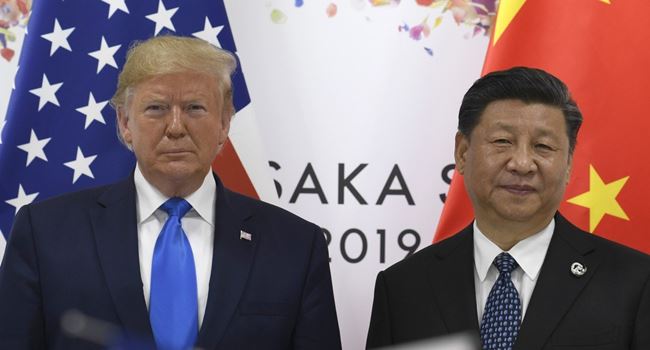 China has labeled the recent allegations by US that the covid-19 pandemic originated from a Wuhan laboratory, as a Republican political strategy ahead of the 2020 presidential election.

Speaking at a press briefing on Wednesday, Chinese foreign ministry spokeswoman, Hua Chunying, told reporters that the international community was being misled by the political strategy of the Republicans as scientists, not politicians had a say in the global concern.

She said: “We urge the US to stop spreading disinformation or misleading the international community. It should deal with its own problems and deal with the pandemic at home. I believe the strategy of the Republicans in their election shows that all too clear, and now we are fed up with such tricks.”

Speaking on Pompeo’s claims to “enormous evidence” the pandemic was lab engineered, Hua stated: “Mr Pompeo cannot present any evidence because he has not got any, this matter should be handled by scientists and not politicians out of their domestic political needs.”

In response to reports suggesting the US-sponsored global anti-china sentiments could end both countries in armed conflicts, Hua said:
“Of course this is not what we want to see. China loves peace, we believe that cooperation in fighting the epidemic should deepen mutual cooperation.”

Hua further called “baseless” the accusations that China was making a merchandise from the virus, saying, “China’s so called cover-up or profiting from the virus are just baseless,”

Recall that China had also faced criticisms over its failure to handle the virus during its initial outbreak after it silenced whistle blowers, concealing the severity of the crisis.

Meanwhile, Wuhan’s Mayor, Zhou Xianwang has admitted, late January that the city didn’t “disclose information in a timely manner” and offered to resign if it would help with public opinion.

Beijing has on the other hand insisted the United States was shifting blame and spreading “lies”.