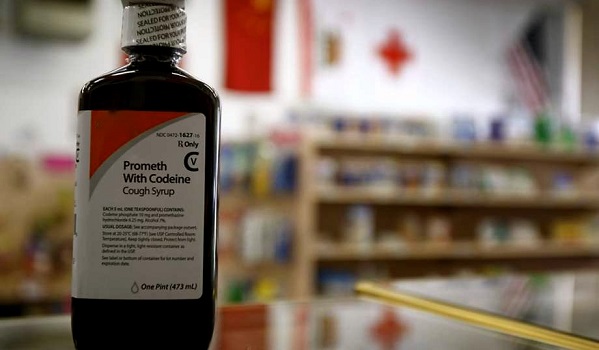 It was a bright morning during my university post graduate days. A morning in 2013 when a classmate returned after recess with a plastic bottle of a popular soft drink, and the bottle was being passed round the class while lecture was ongoing. In my usual curiosity I asked why they were sharing a bottle of soft drink. Everyone started laughing at my question. Well, I wouldn’t blame them because it was obvious I was JJC and had no inclination to whatsoever was happening.

The same scenario played out the next day, the next day. So on the fourth day, while it was about to pass me again, I grabbed it and drank. The next five minutes answered the question I’ve been asking these guys for the past few days; literally, I was floating.

The next week I came to class prepared to find out what was in the drink because no one even dared to tell me the name, I came to class with an empty bottle and when it was to pass me, I poured a little quantity in my bottle and continued the lecture, at the end of the day, sitting alone in my room, I tasted it again then gradually the effect came on me, dizziness, sleepy and weakness of the bone. I woke up the next day more determined to find out what was that I had. Lo and behold it was codeine.

So I confronted some guys in my class, why would you drink something so powerful that it makes you lose all consciousness and guess what was the reply? That I am missing the point, the loss of consciousness is one but the better parts is the highness and guess what again? Because I called it codeine it shows how much of a JOHN I am. That’s CODA for short, you have to mix it with energy drinks and throw in raphenol, they told me.

I have never seen these guys’ display such brilliance anywhere before. I mean these are the dullards of the class but what was coming out of their mouth that day really fascinated me as it also scared the hell out of me. Now imagine if these guys at such brilliant pace in all their lectures and assignments.

On May 1 2018, the federal government through the ministry of health announced the ban on any cough syrup containing codeine or intake of codeine in its entirety. The move expectedly generated mixed reactions from the Nigerians. With keen interest, I have been following the development and of course will herein lend a voice.
In as much as I wish to applaud the government for what some believed to be a right decision, I would like to pitch my tent on the other side of the fence. You ask why? The reasons are simple.

First let’s all understand how drug addiction works. If codeine really is the new cocaine for many Nigerians especially youths in the Northern part of the country, then the announcement on the ban wouldn’t deter any addict from resorting to the use of some other substance. Of course there are other readily-available drugs in the Nigerian market. There’s sniffing of methylated spirit, leather polish, lizard excreta, fumes from pit latrine, gasoline, tippex, and rubber solution. Others are nail polish cleaner, local concoctions called goskolo and a natural stimulant plant called zakani. Oh, let’s not forget the refuse and dung of animals.

In my opinion, I think if the government really wishes to stop a problem, she ought to find the root cause, uproot it then get help for those already affected by the issue. We don’t even have enough facilities to cater for addicts and those in the process of rehabilitation.

Read Also: When A Medical Tourism Becomes An Albatross

Even when Alhaji Ahmed Yakasai Fpsn, the President of Pharmaceutical Society of Nigeria had on several occasions called the attention of the current Minister of Health Prof. Isaac Folorunso Adewole (December, 2015), current Speaker of the House of Representatives Rt. Hon Yakubu Dogara (January, 2016), the President of the Federal Republic of Nigeria Alhaji Muhammadu Buhari (April, 2016), the public (August, 2016) and the Senate President Rt. Hon Bukola Saraki (October, 2017) to the chaotic nature of the drug distribution system, and the need to implement the National Drug Distribution Guidelines (NDDGs) without further ado and later more specifically on the abuse issues.

There were also other calls to Governors and traditional rulers that appeared to have garnered momentary efforts but not on the scale of the #BBCAfricaEye report. His efforts were indeed the ‘strikes’ on the wall that allowed the avalanche that we now see.

In an August 3, 2017 article by Ofoyeju Mitchell, the Head Public Affairs of the NDLEA she claims that the agency is set to construct a modern rehabilitation center in Abuja and some other parts of the country. In the article published in The Nation newspaper, she maintained that this decision was unveiled during the grand finale event marking the 2017 International Day against Drug Abuse and Illicit Trafficking.

So, if we don’t have a proper rehabilitation center in Nigeria, how and where are these addicts supposed to get help? Well, because of the sensitivity of this issue, I called up some “supposedly” rehabilitation centers in Nigeria, some on my Introduction dropped the call and switched off their devices while some others are simply house or road reconstruct contractors.

Consequently, the ban on codeine announcement only portrays how incompetent the Ministry of Health is and whoever advises the federal government on issues of health, addiction and youths. There was no consultative forum; no major stakeholder was involved, no laws in place to help or even back the pronouncement. How much more of a joke could this government be? We have the senate drawing up framework to make sure the argument holds up in our courts;

Someone might argue why they should have to wait for the senate but why won’t they? The data generated by the senate which shows that 3 million bottles are consumed in the North alone is what is still in use and being quoted. Now, multiply that with the number of youths in this most populous black nation. If we are working with the data from the senate, it then means the ministry has no data on the people. If this is the case, how then is it supposed to protect these addicts, rehabilitate them or even make policies that will affect their lives positively. We are talking numbers and these numbers are human beings, the human capital investment of a nation hoping to be drug free. There are vulnerable groups, the most affected set of persons and in this case the Injecting, inhaling, consuming Drug users constitutes such a large number, 2016 statistics shows that 40% of Nigerian youths engage in substance abuse.

In a chat with Diane Kelechi Lawrence, the CEO of Guiding Light Foundation Pipeline, who oversees a rehabilitation center located in a Satellite Village at Oyigbo, Rivers State Nigeria, she argued that drug addiction rehabilitation is quite expensive with an average of 300 hundred thousand for a start at a private rehab center. She said most addicts can’t afford this and asked Nigerian government to work out framework to institute a rehab center at least in every local government in Nigeria to ease the situation.

Away from that, after the announcement the governor of a state in the North said that they have not received any directions in that regard? Excuse you? So how did it happen? No alternatives put in place, the major stakeholders are not away and yet you wish to achieve result? Somehow, I feel this is one of those magic moment action a desperate government puts up to throw the scent and play on the people, fortunately it always works, Jonathan did it with the signing of same sex marriage (prohibition) act, in Jan 2014 and here we are again ban on codeine in 2018 to take our mind away that it was within that same period that the president went for medical checkup again after the mess at the US. He travels and then makes one big announcement and then come back to his Nigeria quiet life, like a sheep led to its slaughter, Nigerians follow to their deaths.

I propose necessary solution to this menace. All stakeholders need to facilitate a continuous discussion on Drug/ substance abuse with a view to nipping the menace in the bud. Former Director General of National Agency for Food and Drug Administration and Control (NAFDAC), Professor Dora Akunyili God bless her soul did well with NAFDAC and was ready to defend her stand, she set motions, institutions and teams to help her achieve her dream. She placed Nigeria back in the good books. Mr Adewole should borrow a page out of her many books. Banning codeine without support groups, rehabilitation centers and acknowledging the existence of these people is a sham and a ploy from the real issue. When people say we need a holistic approach I just smile because that term is beginning to lose its value same way we threw around restructuring, same away we used diversification.

It is pertinent that we also understand that highness comes in different packages and like we say in Igbo land, “na ala adighi nma bu uru ndi nze” meaning someone else’s misfortune is another’s fortune. So who is the unfortunate one here, Nigerians or the government?