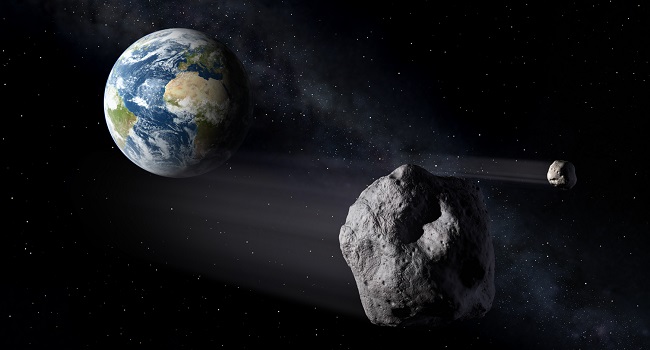 American space agency NASA has warned that a recently discovered asteroid is going to make a close pass of Earth later this week, and while it doesn’t pose much of a threat to our planet it’s worth mentioning simply because of its size.

The rock, known as 2019 DN, is slated to arrive at its closest point to Earth this coming Friday, March 8th.

At its nearest distance, the asteroid will still be around 13 lunar distances away.

Read also: China plans 2020 launch of its own Mars rover

One the average, one lunar distance is equal to the space between the Earth and our Moon, so it’s clear the asteroid has little chance of disrupting Earth during its flyby, and that’s a very good thing considering its size.

NASA estimates the asteroid to be between 91 and 200 meters wide.

For the sake of comparison, the large Chelyabinsk meteor that streaked across the skies of Russia back in 2013 was around 20 meters wide.

The asteroid became a fireball which exploded in the atmosphere with a force equivalent to over 400 kilotons of TNT, damaging thousands of buildings and injuring some 1,500 people.