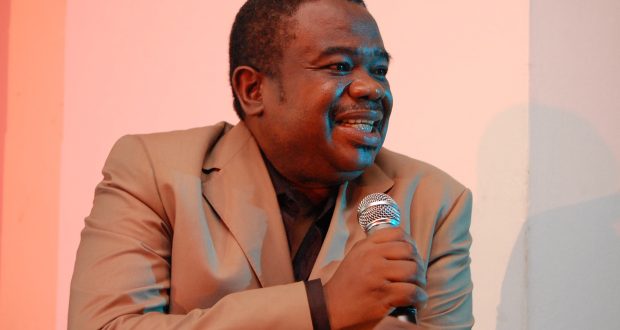 The Cross River State Government has been ordered to cough out the sum of N500 million to the Copyright Society of Nigeria (COSON) for copyright infringement at the Calabar Carnival.

Justice I. E Ekwo, a judge with the Federal High Court in Calabar awarded the lump sum against the cross river state government over copying communication to the public and broadcast of musical works and sound recordings belonging to registered members of COSON without paying them.

The presiding judge also went further to grant perpetual injunction against the organisers of the Calabar Carnival from further infringement in the music deployed at the carnival.

However, the cross river state government, through its attorney general and commissioner for justice, Joe Abang has expressed its readiness to appeal against the judgement.

The case which was first instituted in Lagos in November 2013 under Justice I.N Buba was transferred to the Calabar federal high court in 2014 with case number fh/cal/cs/15/2014 and has governor Ben Ayade, Cross River state government and the attorney general and commissioner of justice as defendants. 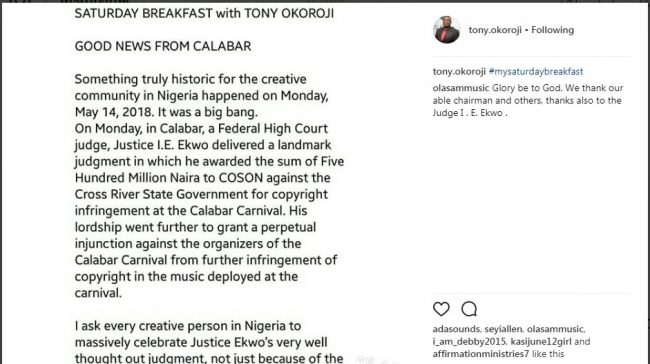