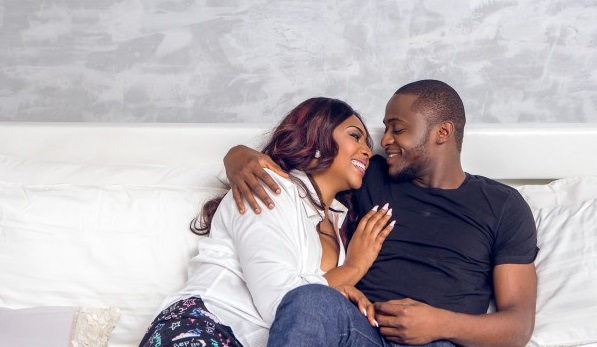 After putting up friendly appearances in the last 18-months, the pair of Ubi Franklin and his estranged wife, Lillian Esoro are both officially getting a divorce thereby ending their troubled marriage.

The music artist manager and founder and CEO of record label Made Men Music Group appeared was present with his lawyers at the Ikeja High court Monday where a formal divorce hearing was staged.

However, reports say Lillian Esoro (an actress by profession) who got married to Ubi Franklin in a star-studded wedding in November 2015 was absent from the court hearing.

Recall that the couple welcomed their son, Jayden in 2016 and shortly after, news of their troubled marriage hit social media.

The pair got tongues wagging about a possible reunion after their separation when they were both spotted together at an event and the speculation was further fueled when Chima Anyaso who happens to be a friend of the estranged couple released a photo of both of them and their son, Jayden on his Instagram page on Monday, February 12, 2018.

But all that hope seems to have been blown away judging by the latest move of by the couple who are by all indications officially getting a divorce.