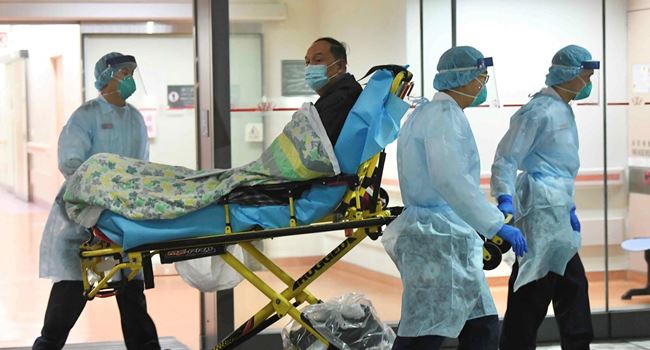 Seemingly overwhelmed health officials in China have revealed that the death toll arising from the outbreak of MERS & SARS-like disease known as Coronavirus across the country has jumped from 80 to 106.

Authorities on Tuesday also informed that 1,771 new case of those infected by the virus have been recorded since the infection that emerged in the central province of Hubei late last year has continued to spread across the country.

Al Jazeera’s Scott Heidler, reporting from Beijing, said scientists were trying to find out more about the new virus, which is thought to have originated in wild animals.

“What’s really concerning about this virus and there are so many layers to it, is how quickly – and this is coming from health officials here – it has spread,” he said. “Every morning we wake up and the numbers have increased dramatically so that is the focus. Trying to understand this virus (and) how it spreads. There is still a lot that is not known about it.”

In a statement issued on Monday, health officials revealed that the hard-hit province of Hubei announced 24 new fatalities, as it expanded measures to keep people at home during what is usually the country’s biggest holiday season.

The end of the Lunar New Year holiday, China’s busiest travel season, was pushed back to Sunday from Friday to “effectively reduce mass gatherings” and “block the spread of the epidemic”, a cabinet statement said. Schools will also postpone reopening until further notice, it added.