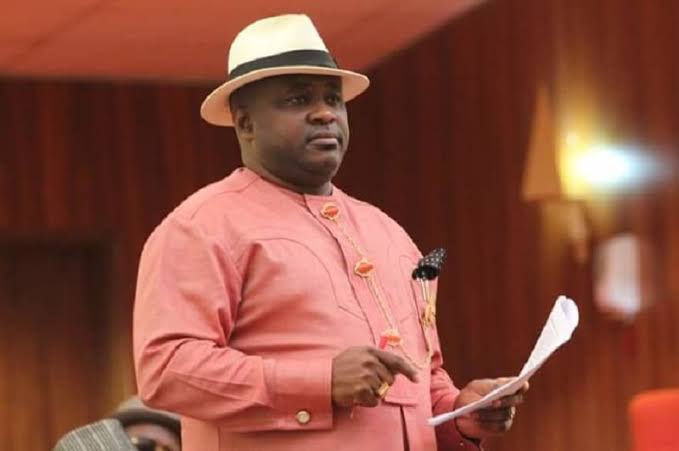 Albert, who is representing the Akwa Ibom North-East District in the National Assembly, was arraigned by the Economic and Financial Crimes Commission (EFCC) for receiving bribes of 12 cars valued at N254 million from Jide Omokore, an associate of former Minister of Petroleum Resources, Diezani Alison-Madueke, during his tenure as a commissioner in the state.

The convict served as commissioner for finance in Akwa Ibom State from 2010 to 2014.

He dumped the Peoples Democratic Party (PDP) for YPP on July 20 and secured the party’s governorship ticket in August.

The YPP candidate fell out with the Akwa Ibom State governor, Udom Emmanuel, after he declared his intention to vie for the governorship seat in 2023.

Albert was touted by many as the main rival to Emmanuel’s anointed candidate, Umo Eno, in next year’s election.