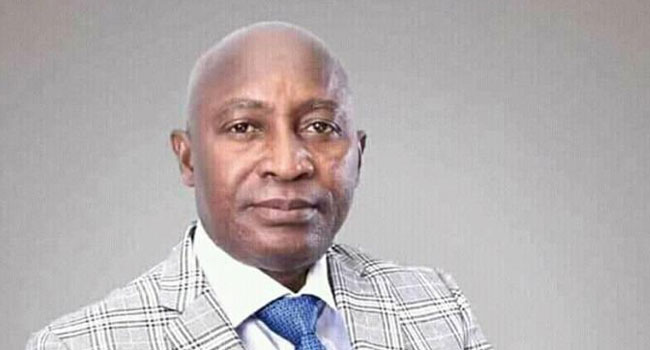 The fraud case involving deputy speaker of the Benue State House of Assembly, Christopher Adaji and the Clerk of the House, Torese Agena was stalled by COVID-19 on Monday.

This followed an adjournment of the case by Justice S.O. Itodo of the Benue State High Court, sitting in Makurdi, to October 14, 2020, owing to a report that Adaji had tested positive for the coronavirus pandemic.

At the resumed sitting of the matter, counsel to the Economic and Financial Crimes Commission (EFCC), George Chia-Yakua told the court that two of the prosecution witnesses were in court adding that he was ready to proceed with the matter.

However, Barnabas Iorheghem, holding brief for Sebastine Hon, SAN, counsel to Adaji, informed the court that his client was not ready to proceed with the case.

“Our lead counsel, S. T. Hon, SAN called to inform me that the pandemic had affected his client (who is the deputy speaker and second defendant in this case) as he was tested positive for covid-19, as a result of which the clerk of the House (who is the first defendant) had been quarantined for 14 days”.

He added that, it was in the interest of the public that the court was duly informed and an adjournment sought.

Counsel to Agena, S.E. Irabor confirmed the report by Iorheghem, adding that, “being a principal officer of the house working closely with the deputy speaker, the clerk was asked to be quarantined.”

The Economic and Financial Crimes Commission (EFCC), had on June 17 arraigned the two principal officers of the house for their complicity in an alleged fraud of N5.2 million.

Adaji and Agena were arraigned on two count charges bordering on abuse of office and criminal misappropriation of public funds. They both pleaded “not guilty” to the charges.

Specifically, the deputy speaker, Adaji, was accused of collecting the sum of N4,840,950 (Four Million, Eight Hundred and Forty Thousand, Nine Hundred and Fifty Naira) some times in 2019, as money for legislative tour which he did not accomplish but converted to personal use.

In his own case, the Clerk, Agena, was alleged to have abused his office sometimes in 2019 by taking a bribe to the tune of N200,000 (Two Hundred Thousand Naira).

Chia-Yakua did not object to the application for adjournment by the defence.

Justice Itodo thereafter, granted the application and adjourned the matter till October 14, 2020 for trial.