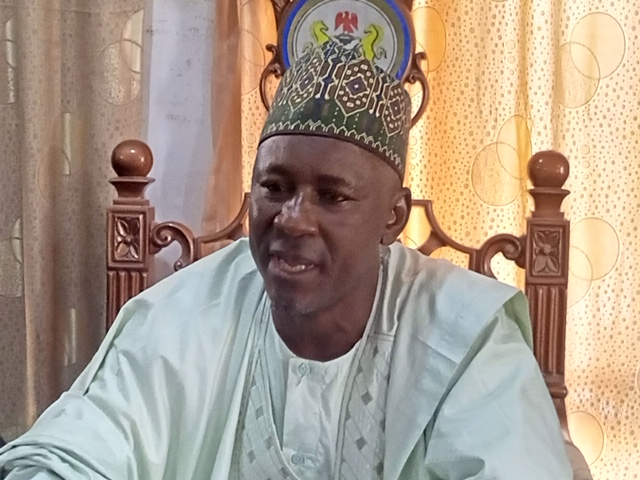 Principal officers of the Bauchi State House of Assembly including the Speaker, Abubakar Y Suleiman have been advised to honorably resign from office or be impeached.

The 22 members led by the Deputy Majority Leader, Baballe Abubakar Dambam representing Dambam/Dagauda/Jalam Constituency declared that the leadership of the House has failed in its responsibility to the members.

The 22 members therefore called on the leadership to choose the honorable path of voluntary resignation from office or be impeached any moment from now.

According to the leader of the 22 members while addressing Journalists at the end of their meeting at the Assembly complex, “After our meeting held today, Friday, 1st July 2022, 22 members of the Bauchi State House of Assembly resolved to pass vote of no confidence on the leadership of the House from today” .

“We are calling on the leaders of the Bauchi State House of Assembly to honorably tender their resignation letters to the Clerk of the Assembly. That will allow the Honorable House the opportunity to elect its leaders in order to forge ahead” he stressed.

The 22 members also called on the state government led by the State Governor, Sen Bala Mohammed Abdulkadir to be neutral in the affairs of the House saying that, “The Governor should not see this as a threat to him or that we are trying to sabotage his government, no, that is not our intention, it is just that we don’t have confidence on our leaders and I am part of them. Nothing can be done rightly as long as this leadership remains in existence.

“We hope that the affected people will tow the path of honor and step aside because this is a right time to change the leadership of the House. We assure the Governor that the change of leadership in the House will not affect his administration and we will do everything possible to see that his government succeeded”, he concluded

The members also expressed displeasure over the manner the 2022 Hajj exercise was conducted lamenting that many people could not be airlifted due to inadequate arrangements by the government.

The members were particularly bitter that those who paid since 2019 and 2020 were not considered for the exercise saying that it was wrong for that to happen just as many of the trained officials could not make it therefore making the pilgrimage very difficult.

The members particularly expressed displeasure that the Speaker of the House, Abubakar Y Suleiman is the Deputy Leader of the exercise, yet the members were not treated well and carried along in the conduct of the exercise.

In his reaction to the development, Special Adviser on Assembly Liaison to the Governor, Sani Mohammed Burra said that the issue of Hajj is a general problem across the country due to the limited seats allocated to the state.

On the resolution of the 22 members on the leadership, he said that, “It is their internal affairs and they will resolve it amicably among themselves. I just want to assure that the cordial relationship between the Executive and the Legislature will continue”.

Related Topics:Bauchi Assembly Speaker
Up Next