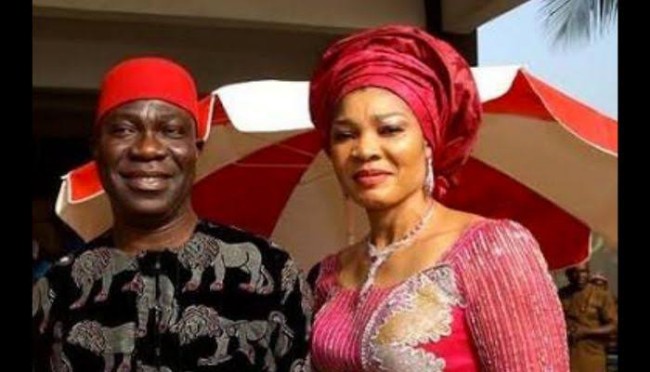 In a ruling issued on Friday, Justice Inyang Ekwo ordered the Nigeria Immigration Service (NIS), the National Identity Management Commission (NIMC), and two commercial banks to provide the couple access to Nwamini’s information that is in their possession.

According to the court ruling, Senator Ekweremadu and his wife are to be given access to all official documents pertaining to Nwamini, including the account opening package, in order to determine his true age.

This came after Senator Ekweremadu and his wife issued an initial summons through their legal representatives and Senior Advocate of Nigeria (SAN), Adegboyega Awomolo.

The pair is being held by British officials on suspicion of planning to bring a kid to Britain for the purpose of organ harvesting, with Nwamini being the alleged victim.

They were detained by the London Metropolitan Police after their arrest, and they were brought before a UK court where it was decided that they should remain in custody until July 7 while the claims against them are being looked into.

The NIS claimed it granted an international passport indicating Nwamini’s age as 21 after following the proper procedures, despite the Met police reporting that he was 15.

Awomolo went to court in Abuja to request an order telling the NIMC to produce the Certified True Copy of David Ukpo Nwamini’s biodata in an effort to exonerate his clients of the accusations.

In order to facilitate the criminal investigation and provide evidence to prove his client’s innocence, Awomolo had requested that the court order the production of Nwamini’s National Identification Number (NIN), which is in the hands of the NIMC.

In order to aid the criminal investigation, he requested that the Comptroller General of NIS be instructed to give his clients the paperwork and application form that Nwamini used to obtain his international passport and bring it to the Uxbridge Magistrate Court in the UK.

A court order instructing Stanbic IBTC Bank and UBA to deliver the Certified True Copy of Nwamini’s mandate card and account opening package in their possession was another request made by the SAN.

Crisis hits Bauchi Assembly, as lawmakers warn Speaker to resign or be impeached