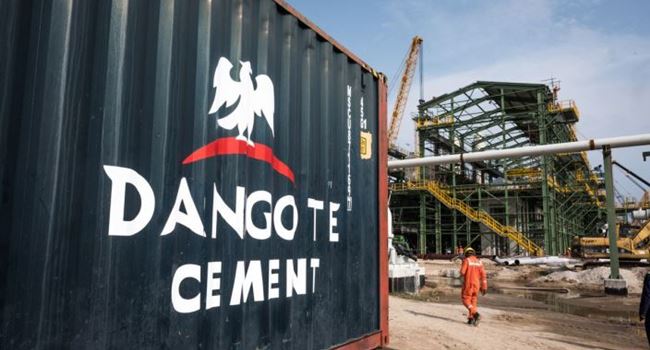 Gillaume Moyen, the Group Chief Financial Officer of the firm, said at the virtual Facts Behind the Figures report hosted by the Nigerian Stock Exchange, that the high point of the cement-maker’s success lies in transforming the nation from an importer of cement to an exporter.

“We are developing road infrastructure and durable concrete roads, which are a major economic catalyst and hugely beneficial for the country’s transport sector.

“We began our operations in Nigeria and have been expanding into other countries over the years.

“Since 2011, we have been enjoying robust volume growth; to be more specific, we have been growing at a compound annual growth rate of 13.4 per cent,” Moyen said.

Dangote Cement came head to head with rival cement-maker, BUA Group, in an ownership tussle involving mining sites at Obu-Okpella, Edo State in June, with the latter obtaining a restraining order from a Benin High Court to keep Dangote Cement off the disputed sites.