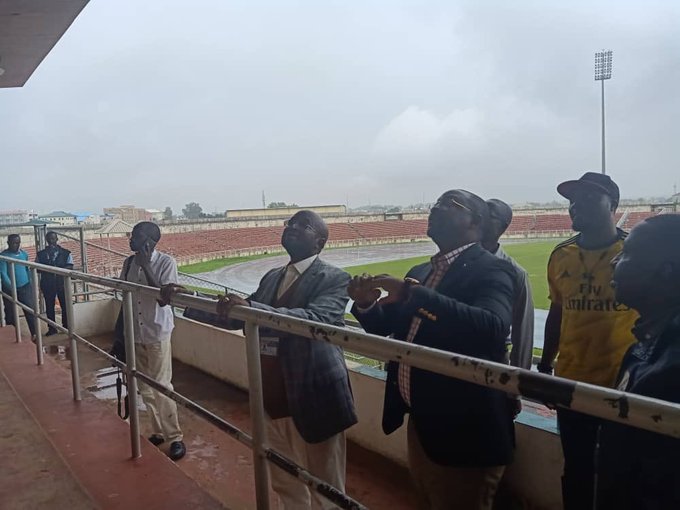 Minister of Youth and Sports, Sunday Dare has inspected the Ahmadu Bello Stadium in Kaduna ahead of the second inspection visit of FIFA team as regards Nigeria’s bid to host the U-20 Women’s World Cup.

Dare, who made several posts on his personal Twitter handle about his visit to the North-West state, also revealed that the world football governing body will decide Nigeria’s hosting fate on the 12th of next month.

Godswill Akpabio Stadium in Uyo, Samuel Ogbemudia Stadium in Benin, Stephen Keshi Stadium in Asaba, Agege Stadium in Lagos amongst other facilities had been lined up to host matches for the tournament.

All the aforementioned facilities were inspected during FIFA’s first visit recently, with the suggestion of Kaduna vehemently opposed by the team, citing insecurity.

But Dare believes that the Ahmadu Bello Stadium would make a good hosting centre for the championship should Nigeria get the nod by the football body on September 12.

“This Tuesday I inspected the Ahmadu Bello Stadium Kaduna built in 1964 ahead of the next inspection by FIFA for the U-20 Female World Cup to be hosted by Nigeria. Urgent attention will be paid to necessary maintenance and upgrades needed,” he wrote on Twitter.

“Earlier, I paid a courtesy visit to Gov. El-Rufai in his office. His plans for youth and sports development in Kaduna was in sync with the new direction we have embarked upon. Grassroot focus. Talent hunt. Facility upgrades.

“We will work assiduously with relevant stakeholders especially the NFF to secure the FIFA hosting right for the U-20 Female World Cup to be decided on 12th September 2019.”

The FIFA U-20 Women’s World Cup is billed to hold next year.