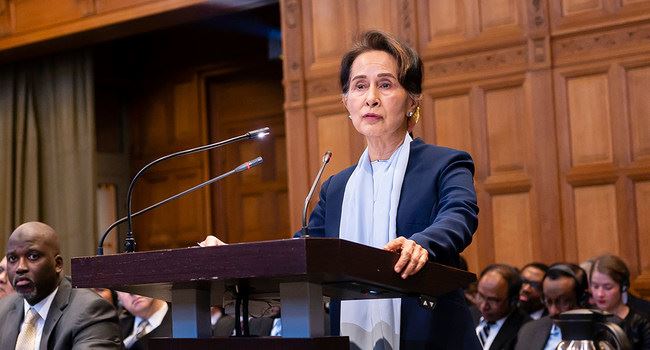 Deposed Myanmar leader, Aung San Suu Kyi appeared in a court hearing on Monday via video link and was hit with an additional charge during proceedings.

The lawyer of the embattled 75-year-old leader, Min Min Sow told Reuters news agency that her client who looked healthy during proceedings from the capital, Naypyidaw, asked to see her legal team.

After her arrest, Aung San Suu Kyi was initially charged with illegally importing six walkie-talkie radios as well as violating a natural disaster law by staging a campaign rally during the COVID pandemic.

However, the third charge, added on Monday, was under a section of the colonial-era penal code prohibiting the publication of information that may “cause fear or alarm” or disrupt “public tranquillity”, her lawyer said.

Meanwhile, violent demonstrations have continued as anti-coup protesters rallied across the country again in defiance of a security force crackdown that killed at least 18 people on Sunday.

Related Topics:myanmarsuu kyi
Up Next