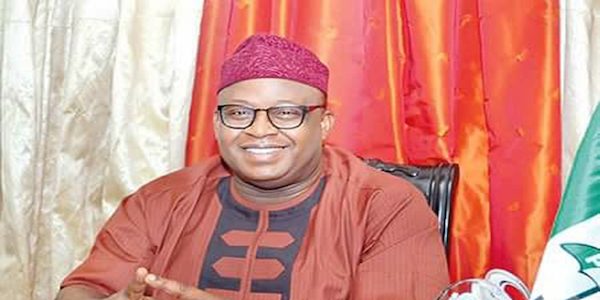 The Edo State chapter of the Peoples Democratic Party (PDP) has declared that despite the recent defection of its party members to the All Progressive Congress (APC), it will still emerge the winner of the 2020 governorship election in the state.

He noted that the exit of the former governorship candidate, Pastor Osagie Ize-Iyamu from the party, provides an ample opportunity for members of party to have sober reflection on whether the party should not revisit the issue of waiver for newcomers who are interested in contesting elective positions in the party.

Orbih also lamented that it was unfortunate that the defectors that left with Pastor Ize-Iyamu were given good positions and allowed to contest elections when they joined the party in 2014.

The state chairman of the party who said these while addressing PDP leaders at an enlarged meeting however, called for a review of the PDP constitution especially as regards issue of waiver for new members to contest election.

“When I work I work for the good of the party. The next EXCO will learn from our own experience. The party for some reasons removed certain clauses from our constitution. I will fight for the issue of waiver to be revisited. It is about the party. Let the past experince guide the next executive.

“The exit of Pastor Osagie Ize-Iyamu provides an ample opportunity for members of party to have sober reflection on whether the party should not revisit the issue of waiver for newcomers who are interested in contesting elective positions in the party.

“This idea of giving priority to them and allowing them take positions preeminent over those who have been in the party is an issue we need to have to look at so that we don’t have to run a party where people will feel, see the party from the perspective of using it as a platform for contesting election and once they are unable to win their election, they will look elsewhere to shop for another platform to contest for election.

“But if we revisit this issue of waiver it means for very person who is interested in contesting under the platform of our party you must stay for a minimum period of time before you will be considered qualified to contest. I think that again will take care of party loyalty; people should not just leave the party and come back to the party and you give them elective ticket. We should start looking at it’, he reasoned.

“Before Ize-Iyamu joined the PDP, the party was strong and united. His exit has not affected us as party,” he added.