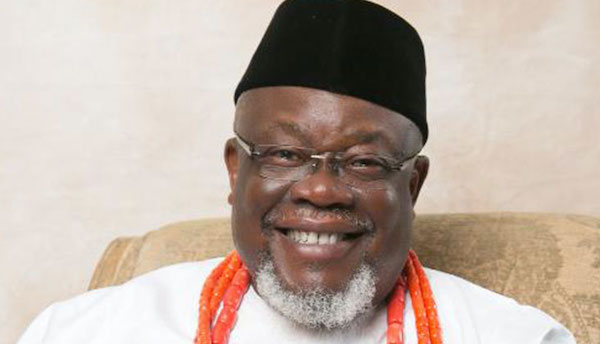 A former Minister of Foreign Affairs, Tom Ikimi, said on Wednesday the “cash-laden bullion vans” of the National Leader of the All Progressives Congress (APC), Bola Tinubu, would not secure victory for the party in Saturday’s governorship election in Edo State.

Ikimi, who was the national leader of the National Republican Convention (NRC) in the aborted Third Republic, stated this at the Peoples Democratic Party (PDP) mega rally in Benin City.

He was reacting to the ex-Lagos State governor’s criticism of Obaseki in a viral video.

In the video, Tinubu said the Edo governor was not a democrat and asked the people of the state to reject him on Saturday.

In his reaction to the APC chieftain’s claim, Ikimi said Tinubu did not have a lot of money when he was elected as Lagos State governor in 1999.

The ex-minister asked Tinubu to reveal his source of income to Nigerians.

He said: “Bola Tinubu, tell me how much money you had in 1998/1999. Today, they say you are a billionaire. You carry money in trucks all over the place to disfigure democracy and you are preaching democracy.

“You carry money in bullion vans. Where are the bullion vans for Edo State? Have they arrived? Money cannot buy Edo State. Edo no be Lagos (sic).”

He also recalled how Tinubu denied the former Lagos State governor, Akinwunmi Ambode, the chance to seek re-election in 2018.