Home » Politics » EFCC saved us from ‘bankruptcy’ in Kwara – AbdulRazaq 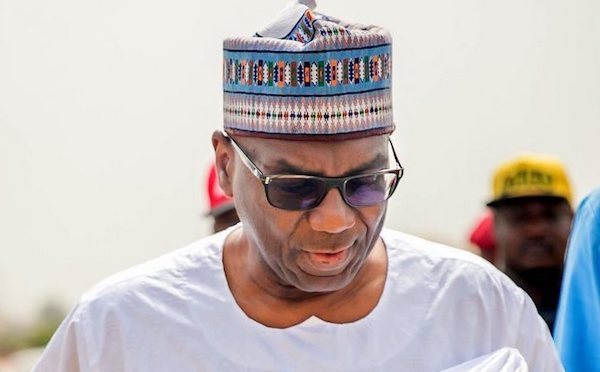 Kwara State Governor AbdulRahman AbdulRazaq said on Monday he would have inherited an empty treasury if the account of the state government had not been frozen on the eve of his inauguration.

The governor, who disclosed this at the International Anti -Corruption Day Rally organised by the Economic and Financial Crimes Commission (EFCC), Ilorin Zonal Office, said only the N4.8billion tax refund seized by the Commission was inherited from the Abdulfatah Ahmed’s administration.

He said: “That N4.8billion is in our cash reserve. We have not touched it. It will be used to balance the budget for next year. It will be invested in our schools and road infrastructure, among others.

“We thank the Ilorin Zonal Office of EFCC for the recoveries they have made. When we came into power, there would have been nothing to inherit. The past government told us that they left a debt of N30billion but so far we are looking at the debt of almost N100billion.

“We don’t see this march as that of the law enforcement agency (alone). It is a march for everybody and the important message for all of us is, if we don’t kill corruption, it will kill all of us.”

AbdulRazaq said corruption is detrimental to the socio-economic development of any society as it reduces the government’s capacity to deliver on campaign promises.

The governor added: “Corruption is killing us in our schools and hospitals; it hinders infrastructural development. It is therefore important that we work hand in hand with the anti-corruption agencies and be part of the processes to develop our society.”

He also thanked the EFCC for the recent recovery of N111million from some past government officials in the state.