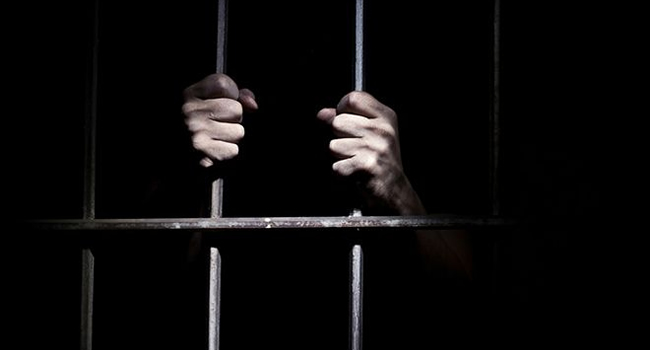 The Ekiti State High Court has sentenced a 19-year-old man, Oluwaseun Ademola, to life imprisonment for attempting to steal a motorcycle.

The sentence was handed down on Ademola by Justice Lekan Ogunmoye, who held that the prosecution had proven its case beyond every reasonable doubt that the convict was guilty as charged.

The police prosecutor, Dolapo Oyewole, had told the court that the offence was committed on May, 6, 2017, at the Idolofin area of Ado Ekiti, when Ademola attempted to rob a commercial motorcycle rider, Arowolo Suleiman, of his Bajaj motorcycle.

“The victim, Suleiman, said he had conveyed the defendant and one other, now at large, from the Oke-Ila area of Ado Ekiti, around 6.30am.

“He added that on getting to Idolofin, one of them pointed a gun at him, adding that he was ordered to lie inside a drainage, before they escaped with his motorcycle.

“According to him, some residents gave the two men a chase and caught the defendant, while his accomplice escaped,” Oyewole said.

In his judgment, Ogunmoye said although the defendant was charged with armed robbery, “evidence before the court only established the offence of attempted armed robbery against him, in that there was no evidence that he succeeded in stealing anything from his victim.”

“The suspect is hereby, sentenced to life imprisonment,” the judge added.