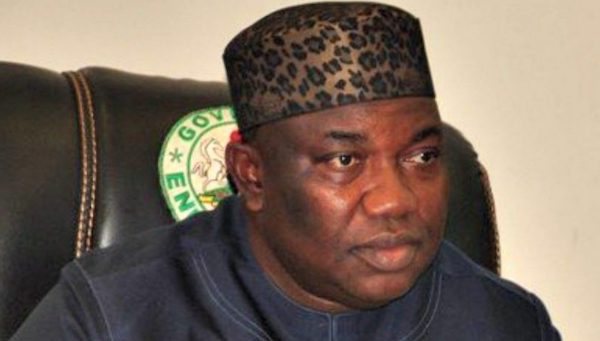 The Enugu State government led by Governor Lawrence Ifeanyi Ugwuanyi has confirmed two fresh cases of COVID-19 bringing the total number of infections recorded in the state to 18.

This was revealed in a statement in Enugu on Sunday by the Commissioner for Health, Prof. Ikechukwu Obi who also noted that there are 10 active cases and eight others have been discharged after recovering from the disease.

Prof. Obi also informed that the first new case was a 45-year-old man who came into Enugu on May 21 from Lagos while the second was a 62-year-old mother-in-law of Case 16 who had become a positive contact.

He said, “The total number of cases for Enugu is now 18, with 10 active cases and eight discharged.

“The first new case (Case 17) is a 45-year-old male who hails from Igbo-Eze North LGA of Enugu State and lives in Lagos State but still managed to make his way to Enugu on the 21st of May, 2020 in spite of restrictions on inter-state movement.

“Concerned members of his community alerted the health authorities since he fell ill, leading to his assessment and testing and his result returned positive for COVID-19 on the 23rd of May 2020.

“The second new case (Case 18) is the 62-year-old mother-in-law of Case 16 who has become a positive contact.

“Case 16 as earlier reported evaded the inter-state boundary restriction, all the way from Lagos state and across several other states, obviously assisted by unscrupulous individuals to bury her recently deceased husband in their community in Igbo-Etiti LGA of Enugu State,” the statement added.