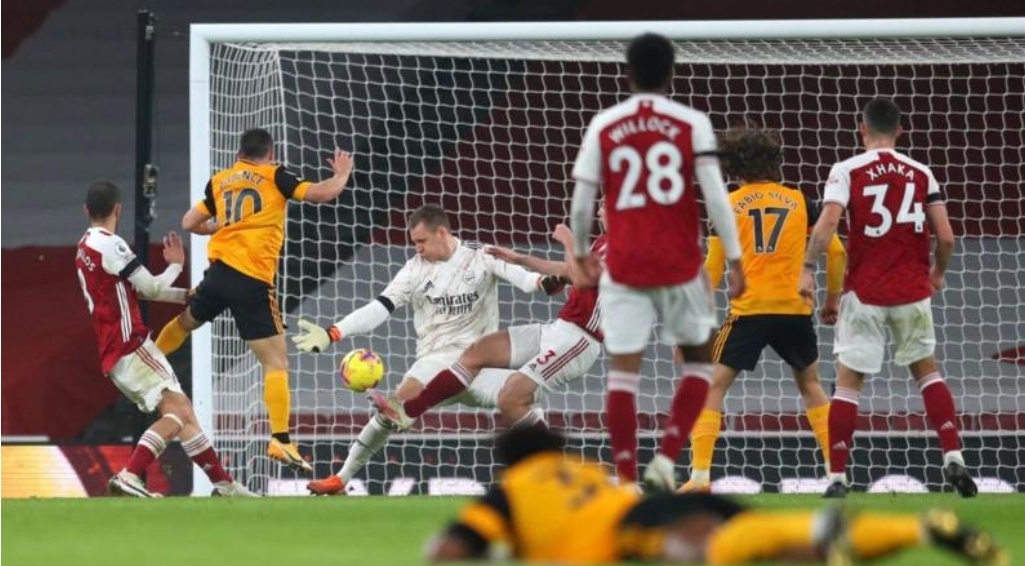 Arsenal were beaten 2-1 by Wolverhampton Wanderers in the Premier League at the Emirates Stadium on Sunday.

The victory was Wolves’ first win at Arsenal since 1979 and condemn their hosts to their worst Premier League start after 10 games.

Wolves were hit by an injury blow when Raul Jimenez had a clash of heads with Gunners defender David Luiz after an Arsenal corner in the opening exchanges.

Jimenez, who is the club’s top scorer, was treated for few minutes on the field before being taken to the hospital.

Pedro Neto opened the scoring for the visitors in the 27th minute before Gabriel equalised for Arsenal at the half hour mark, but Daniel Podence scored the winner on 42 minutes.

Earlier on Sunday, Tottenham played a highly-competitive yet goalless draw with Chelsea at Stamford Bridge.

The Blues struggled to carve out clear-cut chances although goalkeeper Hugo Lloris produced a great late save to deny Mason Mount.

Spurs, replaced at the top by Liverpool on Saturday, return to the summit, level on 21 points with the Reds but with a superior goal difference.

Chelsea are two points behind in third spot.