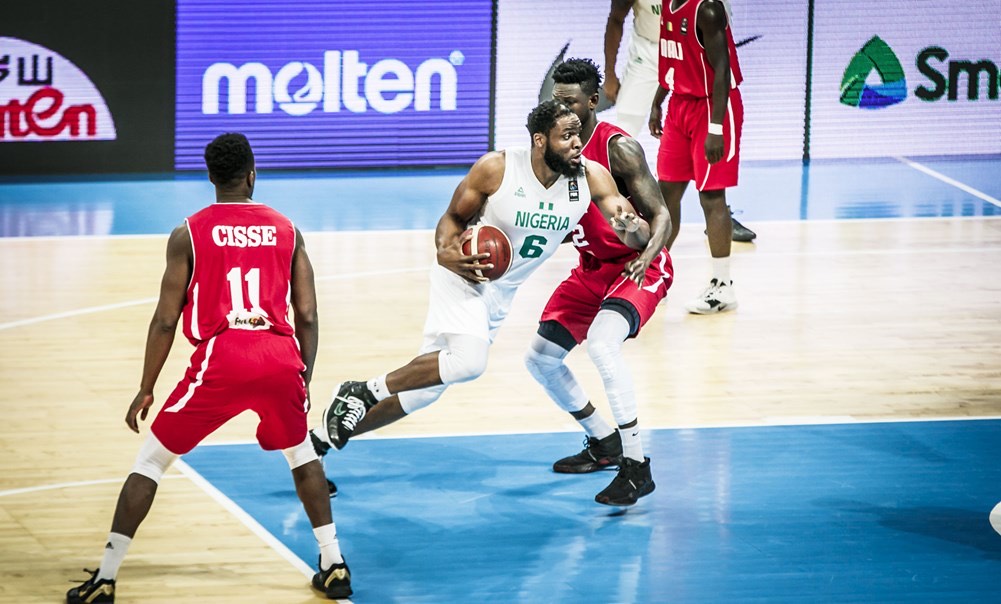 Nigeria men’s basketball team, D’Tigers have started their 2021 Afrobasket Qualifiers on a perfect note after winning three games in Rwanda.

Captain Ike Diogu led from the front as he powered the team to their third victory with 14 points, 5 rebounds to emerge the team’s top performer.

Although Mali won the first quarter, 16-13, they lost their way in the second quarter 26-15 as Nigeria headed into the break with a 39-31 points lead.

The second half saw D’Tigers win the third and fourth quarters – 22-20, 30-17 – courtesy of some sloppy play leading to series of turnovers which the Malians paid for dearly.

Despite the heroics of Mali’s Ibrahim Djambo who sank 22 points and 5 rebounds, it was not enough to stop the determined D’Tigers team.

Attention will now shift to the next set of group matches slated for February, 2021 with D’Tigers sitting at the summit of group D.