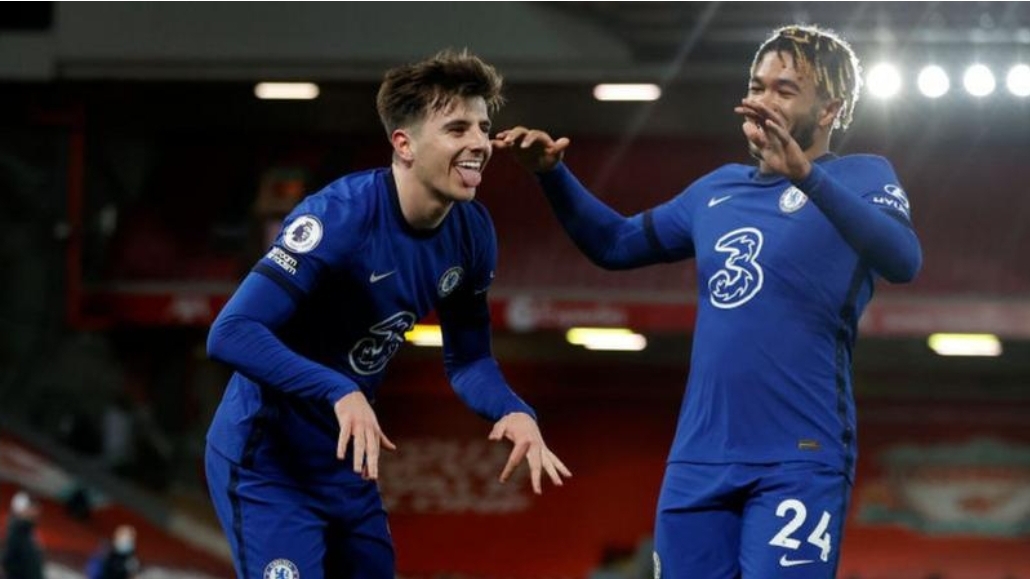 Liverpool were again condemned to a home defeat in the Premier League as they lost 1-0 to Chelsea at Anfield on Thursday night.

The Reds, who have picked up only one win in six league matches, are struggling in their race to finish in top four this season.

The Blues were the better side and had an early Timo Werner finish disallowed by the video assistant referee for a fractional offside, before Mount’s effort.

The win took the Thomas Tuchel side, who are now 10 games unbeaten since the arrival of the manager, to fourth spot in the table. Liverpool are four points behind Chelsea in seventh spot.

Earlier on Thursday, Super Eagles star, Alex Iwobi was in action for Everton 1-0 in their victory over West Brom.

Nigerian defender, Semi Ajayi was an unused substitute for West Brom in the game that saw Richarlison score the only goal of the game for the Toffees.

The win took Everton from seventh to forth in the Premier League table but Chelsea’s vctory made them drop to fifth, while defeat keeps West Brom on 19th spot, in the relegation zone.

Elsewhere, Tottenham Hotspur defeated Fulham 1-0, courtesy of an own goal by Tosin Adarabioyo in the 19th minute.

Super Eagles duo of Josh Maja and Ola Aina were both in action for Fulham, who picked up their first defeat in six games.

Maja’s deserved equaliser just after the hour was disallowed by VAR, as Mario Lemina was penalised for handball in the build-up despite his arm being by his side.