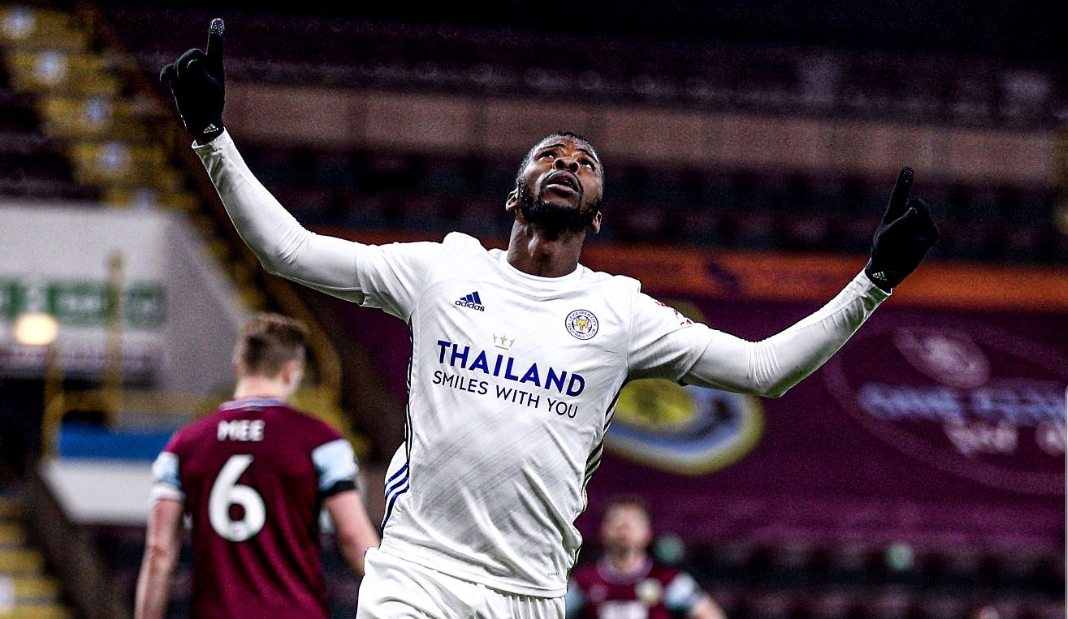 A goal by Kelechi Iheanacho was all that Leicester needed to earn a point from their away game against Burnley in the Premier League on Wednesday night.

The hosts led in the fourth minute through Matej Vydra, before Iheanacho leveled in the 34th minute for the Foxes.

It was a ‘made in Nigeria’ goal as the Nigeria international scored following an assist from his compatriot, Wilfred Ndidi.

Iheanacho’s goal was just his second in the Premier League this season, with the draw helping Leicester have a six-point advantage over fifth-placed Chelsea in the table.

Also on Wednesday evening, Manchester United played a goalless draw with Crystal Palace in a game that was greatly affected by the weather condition.

Both sides had chances to seal a winner especially towards the end of the game, but the defence at either ends were a stumbling block.

The point take second-place United 14 points behind leaders Manchester City, who secured a win over Wolverhampton Wanderers on Tuesday to extend their winning run to 21 games.