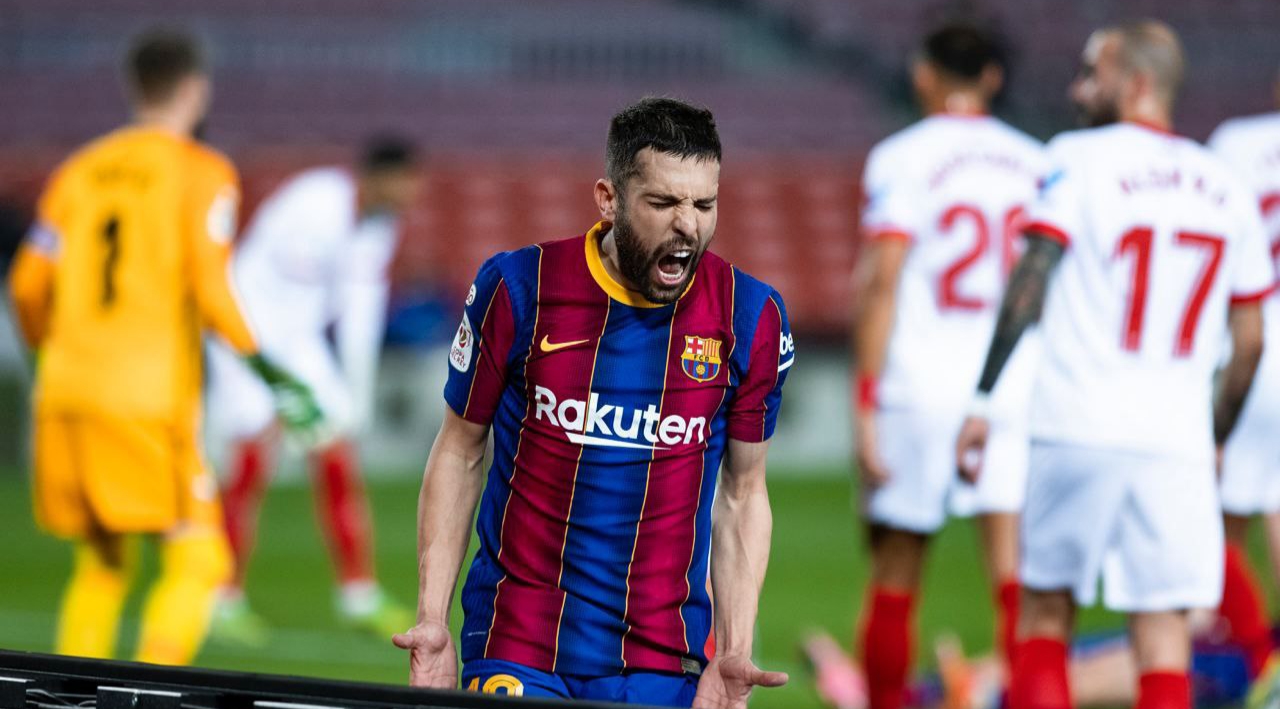 Barcelona have zoomed into the final of the Copa del Rey after completing an incredible comeback against Sevilla in their semifinal tie.

Barcelona, who were trailing 2-0 from the first leg, put up a fine performance on Wednesday night to clinch a 3-2 aggregate win after extra time.

The Catalan giants were heading towards crashing out of the competition as a 12th-minute goal by Ousmane Dembele was their only goal up till 90 minutes.

Sevilla lost midfielder Fernando to a red card before a goal by Gerrard Pique in the fourth minute of added time helped Barca to level, and the tie – at 2-2 – was forced to extra time.

Martin Braithwaite scored what turned out to be the winning goal in the 95th minute before Sevilla again, lost another player, Luuk de Jong, to a red card.

The game was a repeat of Sunday’s La Liga clash, which saw Barca thrash their hosts 3-0 to boost their hopes for the topflight title.

With the win, Barcelona are now into the final of the Cup, where they will face either Levante or Athletic Bilbao on April 4, 2021.

Levante and Bilbao played 1-1 in their first leg three weeks ago, and will battle each other again in the second leg on Thursday for a spot in the final.