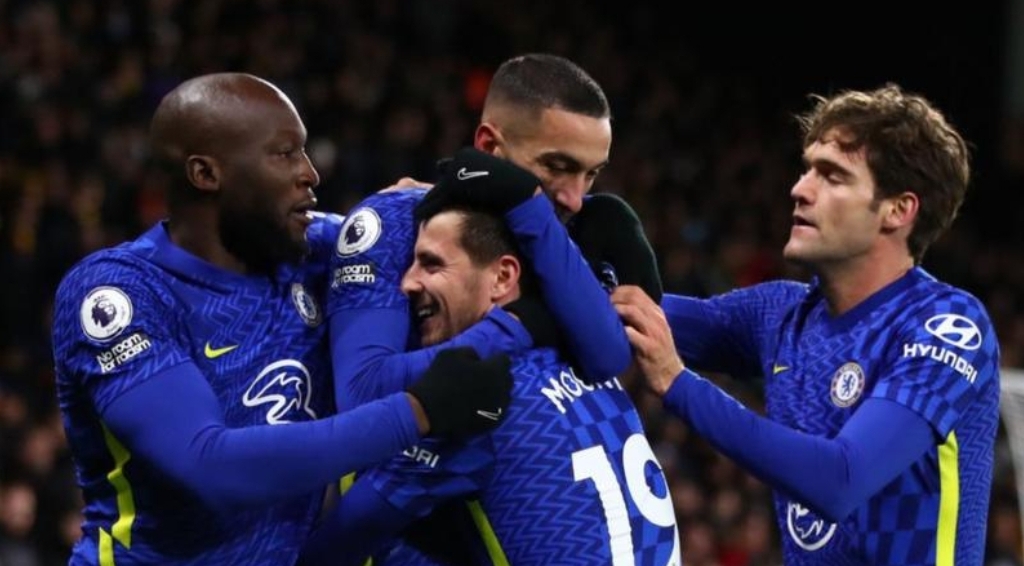 Liverpool thrashed their city rivals, Everton on Wednesday night, sealing a 4-1 victory over them at the Goodison Park in the Premier League.

The Reds got ahead in the ninth minute when Jordan Henderson opened the scoring before Mohamed Salah added a second from a tight angle soon after.

Demarai Gray pulled one back before the break, sparking an Everton revival, but Salah scored a second goal in the 64th minute before Diogo Jota completed the win.

Super Eagles forward, Alex Iwobi was an unused substitute for the Toffees, whose boss Rafael Benitez is already under much pressure.

Elsewhere, Chelsea put up a fine performance as they overcame Watford to seal a 2-1 victory and stay top of the Premier League.

Nigerian forward, Emmanuel Dennis scored for the hosts to erase Mason Mount’s opener but his effort was not enough as the Blues grabbed a winner through substitute Hakim Ziyech.

Also on Wednesday night, Manchester City defeated Aston Villa 2-1 to stay second on the log, Wolves were held to a goalless draw by Burnley.

West Ham and Brighton played a 1-1 draw while Leicester City held Southampton to a 2-2 draw, with Super Eagles midfielder Wilfred Ndidi in action.

Related Topics:ChelseaEvertonLiverpoolPremier League
Up Next

N1.5m prize on offer as Scrabble King Champion of Champions set to kick off