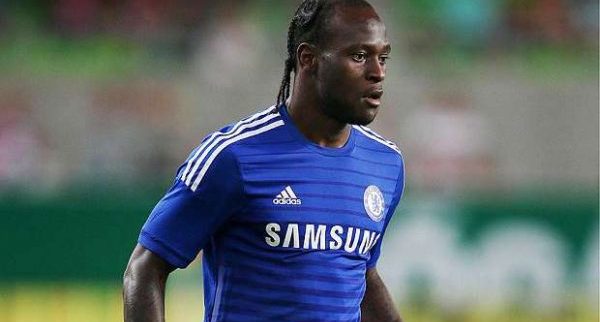 Super Eagles forward, Victor Moses was missing in action as Chelsea got thrashed at home by Bournemouth in a Premier League encounter on Wednesday night.

Moses was an unused substitute in the game, and the defeat has sunk the defending champions from third to fourth on the table.

A 51st minute goal by Callum Wilson put the visitors ahead, before Junior Stanislas and Nathan Ake scored within 3 minutes to compound the problem for the Blues.

Ndidi played the entire game while Iheanacho was introduced from the bench in the 75th minute.

Theo Walcott scored a brace – his first goals for Everton – to make of no effect Jamie Vardy’s converted penalty, as the home side held on to edge the Foxes in what became their first win in eight games.

At Wembley, Manchester United were beaten by Tottenham Hotspur.

Christian Eriksen scored after just 11 seconds to set Tottenham on their way to the thrilling victory, as a Phil Jones​ own goal in the 28th minute sealed the victory for Spurs.

United’s defeat, together with Manchester City’s victory at the Etihad stadium, has increased the gap at the top of the table.

A first-half goal by Fernandinho and second-half goals by Kevin de Bruyne and Sergio Aguero gave the home side the win.​

In the other matches on Wednesday night, Stoke City drew goalless with Watford, Southampton played 1-1 against Brighton and Newcastle United were held to a 1-1 draw by Burnley.

The Premier League returns on Saturday.