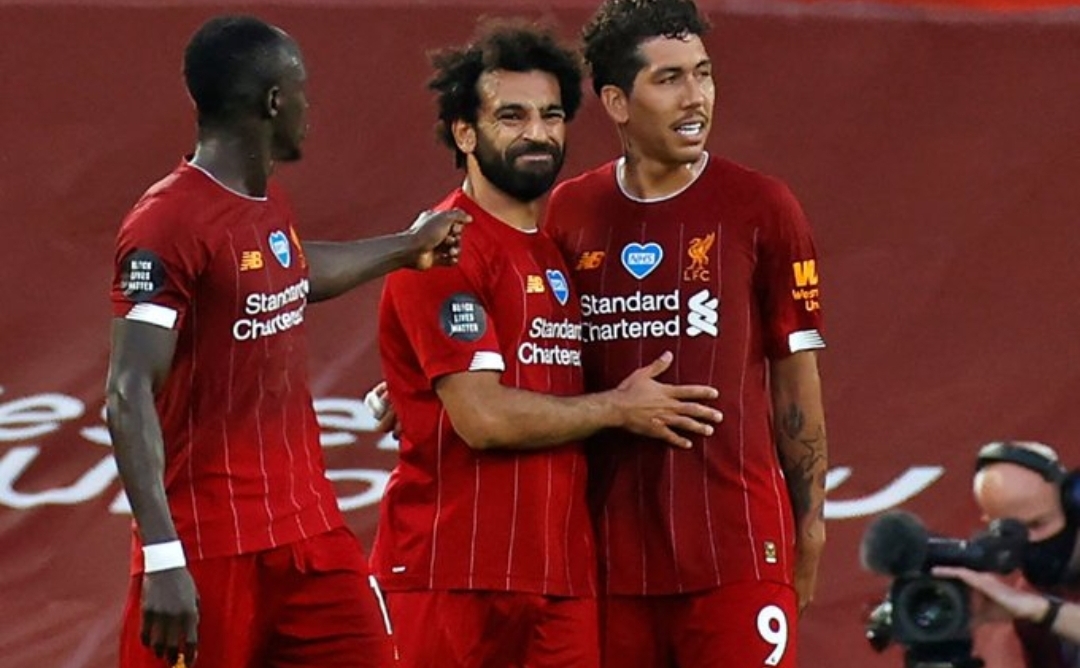 Egypt forward, Mohammed Salah was exceptional for Liverpool on Wednesday night as he bagged a brace in their 3-1 win over Brighton in the Premier League.

Within eight minutes, the recently crowned champions were already 2-0 up, courtesy of goals from Salah and captain Jordan Henderson.

Naby Keita set up Salah to open the scoring in the 6th minute before Henderson swiftly swept home a superb second from 20 yards two minutes after.

Brighton fought back and pulled a goal back when Leandro Trossard fired past Liverpool keeper Alisson before halftime before Salah bagged his 19th league goal of the season.

Jurgen Klopp’s side are now with 92 points, closing in on Manchester City’s 100-point Premier League record.

Earlier in the day, Manchester City returned to winning ways as they hammered Newcastle United 5-0.

Gabriel Jesus, Riyad Mahrez, Fernández own goal, David Silva, and Raheem Sterling were the goalscorers for City, who were stunned 1-0 at Southampton in their previous game.