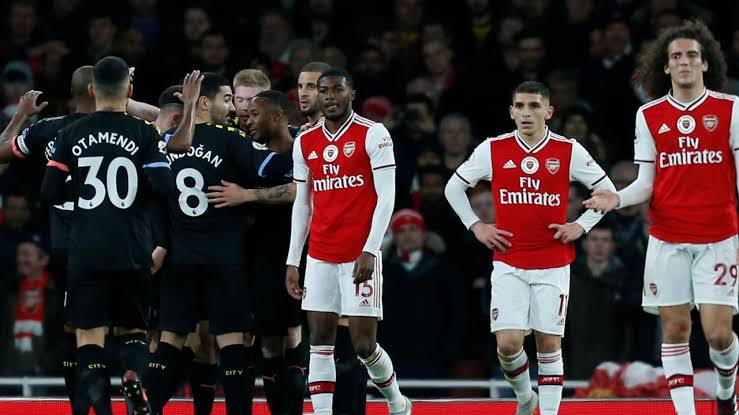 The English Premier League season is set to continue from where it left off on 17 June, as champions Manchester City set to host Arsenal.

Both teams were scheduled to play at the Etihad Stadium on 11 March before it was postponed due issues bothering on the coronavirus pandemic.

The other match to be played on the restart day is Aston Villa vs Sheffield United which is the second only game in hand.

According to reports in the United kingdom on Thursday, with the clubs currently meeting at the time of this report, the full fixtures of the other remaining 90 matches will be decided after.

Football activities were halted in England on March 13 following the positive coronavirus test result of Gunners boss, Mikel Arteta, amid the spread of the virus in the UK.

The June 17 restart date will be 100 days after Leicester City’s 4-0 win over Aston Villa on 9 March.

All remaining games will be played behind closed doors.

Liverpool, who are chasing a first Premier League title, currently sit 25 points clear at the top of the table, while Bournemouth, Aston Villa and Norwich City are in the relegation places.