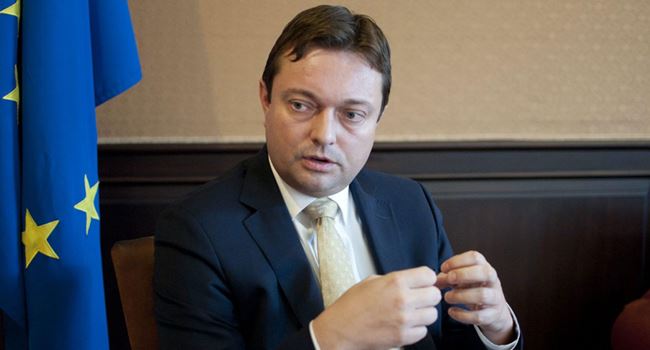 Following the spate of insecurity in Nigeria, especially in the North East, the European Union (EU) has advised the Federal Government to look beyond the military in the ongoing war against terrorism, and banditry in the country

Specifically, Head of the EU Delegation to Nigeria and Economic Community of West African States (ECOWAS), Ambassador Ketil Karlsen, said the level of insecurity in the country has shown that though the military should not be foreclosed, other options, including dialogue and legal instruments, should be evolved and explored.

Speaking at a media parley ahead of Europe Day 2021, Karlsen restated EU’s commitment to a strong and robust mutually beneficial partnership with Nigeria, and declared its unwavering support for the country in addressing challenges and seeking opportunities.

He said the EU-Nigeria partnership was now stronger and more relevant, even in the face of the recent challenges, noting that the EU bloc of 27 member states remained Nigeria’s biggest trading partner, first investor, top donor of humanitarian and development aid, and its biggest diplomatic network.

He said multiple examples of EU’s engagement in Nigeria include working with the authorities to bring an end to the security challenges across the country.

“we are supporting government’s efforts to fight terrorism, radicalisation and violent extremism as well as the reform of the criminal justice system,” he added.