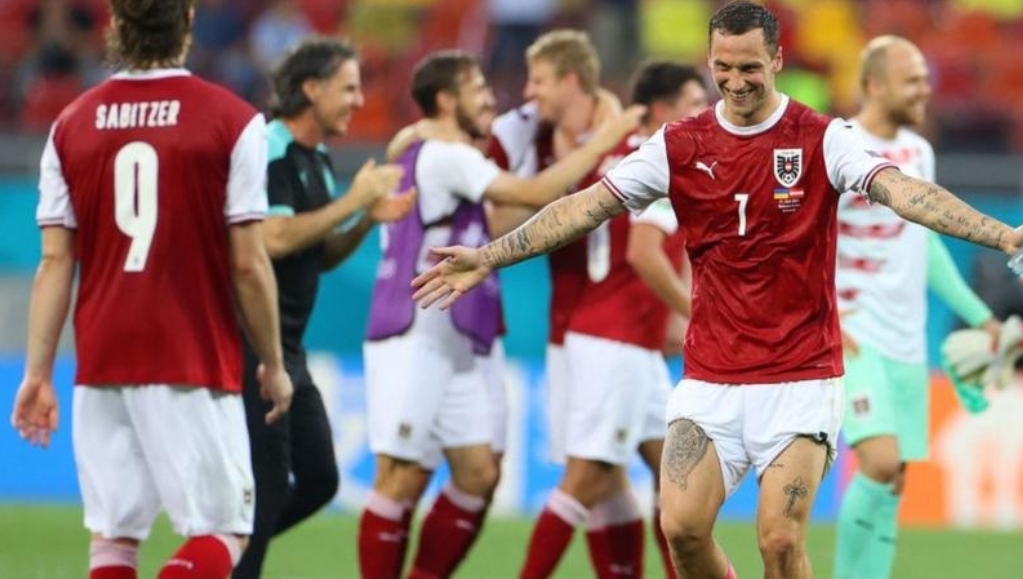 Netherlands clinched their third victory in three group games in the Euro 2020 by beating North Macedonia on Monday evening.

Goals from Memphis Depay and Georginio Wijnaldum (brace) helped the Netherlands maintain a 100% start to the competition with a 3-0 win.

Frank de Boer’s side had already secured top spot in Group C with a game to spare having beaten Ukraine and Austria before producing another dominant performance in Amsterdam.

In the group’s other game, Austria successfully leapfrogged Ukraine to secure a ticket in the round of 16.

Austria are reaching the knockout stages of the continental chamoionsip for the first time in history following the 1-0 win over Ukraine.

Austria produced a fine display in Bucharest and it was Christoph Baumgartner’s close-range finish that proved enough for the team.

They go on to face Italy in Wembley on Saturday, while Ukraine – third in Group C – must wait to see if their tally of three points proves enough to reach the knockout stages.