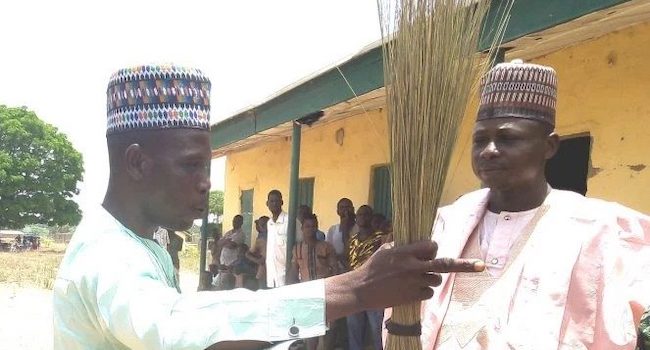 A former chairman of Kajuru local government area of Kaduna State, Isah Danssallah, has dumped the Peoples Democratic Party (PDP) for the All Progressives Congress (APC) in the state.

Danssallah formally completed his switch to APC at a reception organized for him at his ward in Afogo, Kajuru LGA, on Saturday.

The ex-council chief, who addressed party members at the reception, described his switch to the APC as a homecoming.

He said: “It is with great pleasure and reverence to God that I resolve to come back to APC which I left to join the PDP.

“The decision and resolve is predicated upon my desire to continue contributing meaningfully to the success of the party in Kajuru, the state, and beyond as I did during my tenure as interim chairman in 2015.

“I have come back to the APC because of its progressive nature as well as the existence of credible men and women that are piloting its affairs in the state and country at large.

“I have come to know that the PDP has lost touch with reality.”

Earlier, in his remarks, Chairman of Kajuru LGA, Mr. Cafra Caino, described Danssallah as a dedicated politician who fought for the existence of APC in the area.

Related Topics:APCEx-local council chief
Up Next