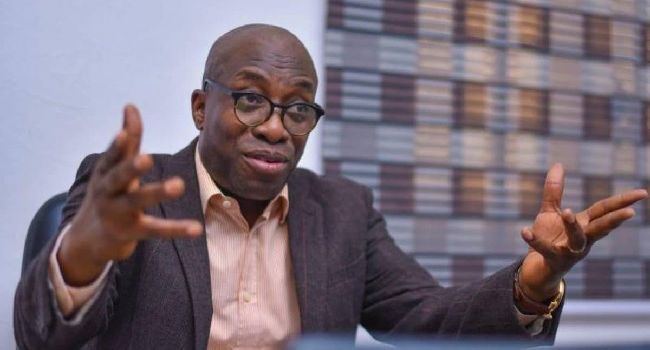 CLAIM: It was reported on Monday by some media platforms that a former spokesperson to Atiku Abubakar of the Peoples Democratic Party (PDP) Otunba Segun Sowunmi has been affirmed as the party’s governorship candidate in Ogun State by the Court of Appeal.

BACKGROUND: Segun Showunmi, a chieftain in the Ogun State chapter of the PDP, was media adviser and spokesperson to former Vice President Atiku Abubakar, in the 2019 election period. Earlier this year, he joined the race for the party’s ticket for the 2023 governorship election in the state.

On May 25, delegates of PDP held two factional primary elections in the state. While a faction of the party held the election at the National Union of Journalists (NUJ) Secretariat in Oke Ilewo, Abeokuta, the other faction voted at the Olusegun Obasanjo Presidential Library (OOPL) also in Abeokuta.

The election which took place at the NUJ Secretariat and presided over by Hon. Abayomi Daniel produced Segun Showunmi as the party’s governorship candidate. In the election held at OOPL, supervised by Akase Sorkaa, Hon. Oladipupo Adebutu was declared winner.

Although the national leadership of the party affirmed Adebutu’s candidacy, Showunmi insisted that he was the candidate. The confusion was eventually put to rest when the Independent National Electoral Commission (INEC) published Adebutu’s name in the list of governorship candidates.

THE CLAIM: It was published on Monday by some media outlets including Vanguard, Independent, and TVC, that the Court of Appeal had affirmed Showunmi as the PDP governorship candidate in Ogun state.

Firstly, none of the reports explicitly mentioned Mr. Showunmi’s prayer before the court. They also did not attribute the claim to the presiding judge, but to Showunmi’s lawyers who reportedly interpreted the ruling to a section of the media. All the media outlets that published/broadcast the report have the same lead paragraph, which is paraphrased thus: “The court ruled in favour of Showunmi in a case between him, the PDP, and two others.”

The Appeal Court case: Mr. Showunmi had approached the Court of Appeal to challenge the dismissal of his suit by the Ogun State High court in May, 2022, ahead of the PDP primary election in Ogun state. It is important to note that the appeal was filed days before the party’s primary election in the state, which was held on May 25th.

What was the High Court case about? Ahead of the primary election, Showunmi filed a suit before the Ogun State High Court accusing the state executive council of the party, led by Sikirulahi Ogundele, of “bias, conflict of interest and breach of trust”. Respondents to Showunmi’s suit included the Ogundele-led state working committee, the National Working Committee, and Ladi Adebutu whom he asked to clarify a claim that his (Adebutu) nomination form was purchased by state executive members of the party. Showunmi’s prayer before the High Court was the dissolution of the State Working Committee led by Ogundele for “purchasing nomination form” for an aspirant in violation of their oath of office. He also sought an interlocutory injunction restraining the Ogundele executive from conducting the ward and State congresses. He prayed that the court should direct the PDP to set up a 3-man committee to conduct the congress. Remember that this was before the conduct of the primary election.

Justice A. A. Akinyemi of the High Court dismissed the suit on the grounds that the court lacked jurisdiction.

Dissatisfied with the ruling, Showunmi quickly filed an appeal challenging the high court ruling at the Ibadan division of the Court of Appeal.

In his notice of appeal, he reportedly argued that the judge “was in grave error when he held that only the Federal High Court could exercise jurisdiction in redressing the appellant’s complaint.

“That the trial judge erred in law when he held that the proper parties who would be affected by the decision of the court were not before the court, and as such the court is robbed of jurisdiction to entertain and adjudicate upon the same, denying the appellant fair hearing and thereby occasioned a serious miscarriage of justice,” he wrote in his notice of appeal.

Evidently, he did not approach the Appeal Court to determine the party’s candidate for the election, but to challenge the High Court’s ruling that the matter was not within its jurisdiction. This appeal was filed before the primary election was held on May 25.

The Appeal Court Judgement: Ripples Nigeria obtained a copy of the judgment, which was delivered by Justice Chidi Nwaoma Uwa, on August 15, 2022. Three grounds were mentioned for appeal: “1. Whether the Appellant’s complaint before the lower court was a pre-election matter.

“2. Whether the Federal High Court has the exclusive jurisdiction over pre-election matters, assuming the appellant’s complaint is a pre-election dispute.

“3. Whether the suit before the lower court is incompetent for non joinder of the Ogun state Executives of the 1st respondent (PDP)”

The Appeal Court ruled that the matter was not a pre-election matter, and that the lower court erred to have ruled otherwise. The appellant court ruled to admit an appeal. It also ruled that the jurisdiction of a Federal High Court over the matter was not exclusive. On the third issue, Justice Uwa held that the lower court was wrong to have declined jurisdiction to entertain the matter on the basis of non-rejoinder of the exco members of the 1st respondent. He added that “it is proper to join a necessary party in order to arrive at a just decision.”

Ripples Nigeria found that the claim that Showunmi has been affirmed as the party governorship candidate in Ogun is misleading, as it was only disjointedly mentioned in the headlines of the reports. The CTC obtained shows that the ruling only accepted an appeal, and set aside the judgment of the state High Court that only the Federal High Court had jurisdiction over the matter.

Showunmi’s matter before the Court of Appeal was to challenge the High Court’s ruling which was never about determining the party’s candidate, but the fairness and competence of the party leadership in conducting the primary election. It is therefore misleading to conclude that he has been affirmed as the party’s candidate, simply because “the Appeal Court ruled in his favour.”

FACT-CHECK: Omokri compares Nigeria’s ranking on terrorism under Jonathan and Buhari. How correct is he?