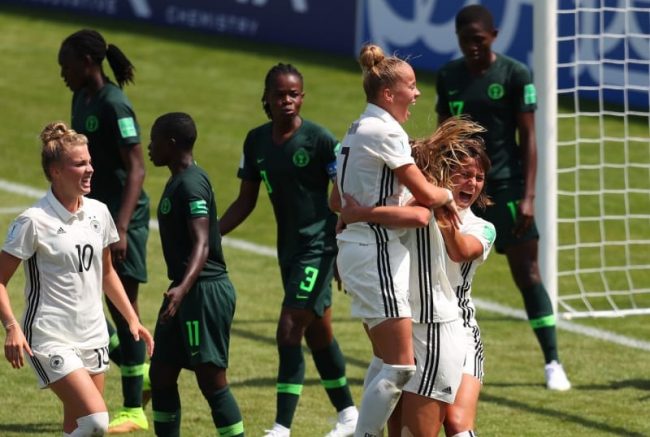 Nigeria women’s under-20 football team, the Falconets, lost to their German counterparts in their opening Group D game at the ongoing FIFA Women’s World Cup in France.

The Nigerian ladies were unlucky as they fell to the three time champions by a lone goal at the Stade de Marville, Saint Malo on Monday.

It was Stefanie Sanders that fired in from close range in the 70th minute, from a corner kick, to seal the win for Germany.

Nigeria have reached the final of the biennial international women tournament twice – in 2010 and 2014 – and were defeated by Germany on both occasions.

The Falconets are currently bottom of their group, but will face Haiti in their second group game at the same venue this Thursday.

The Christopher Danjuma-led team will also play against China in matchday three at the Léhon’s Stade de Clos Gastel stadium next Monday.
​​