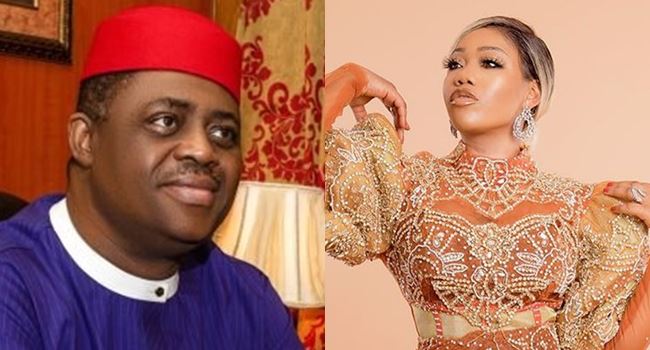 Former Aviation minister, Femi Fani-Kayode has disclosed his disgust at the controversial outfits worn by fashion designer, Toyin Lawani to a movie premiere on Sunday, March 28.

According to the former minister, Toyin Lawani has no regard for religion. He called her the ‘Anti-Christ’ for dressing up in a kinky nun outfit.

On Sunday, Toyin Lawani wore the dress to the premiere of the comedy film, The Prophetess. The fashion designer and serial entrepreneur shared several photos of herself, rocking the dress on her Instagram page.

She was criticized for insensitively promoting promiscuity in the racy nun outfit.

In a post shared on social media this morning, the former Minister described her outfit as Anti-Christ and ghetto rubbish.

I forgot to add that it is also EVIL!”