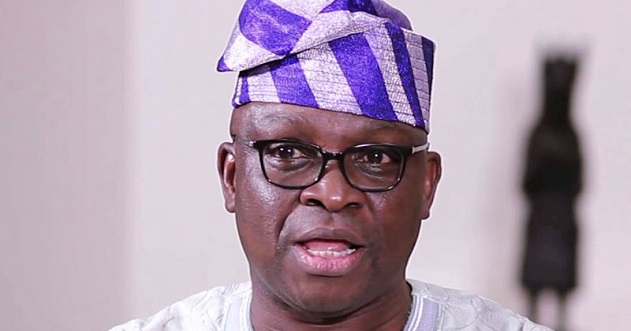 The PDP is currently embroiled in a post-presidential primary crisis over the poor handling of the process that produced the Delta State Governor, Ifeanyi Okowa, as the party’s vice-presidential candidate.

Atiku and Wike had met twice in the last two months in a bid to resolve their differences ahead of the 2023 presidential election.

However, the meeting between the two men has not achieved the desired results with a group loyal to Wike still pushing for the resignation of the PDP National Chairman, Iyorchia Ayu, over his alleged roles in the crisis.

Fayose, who spoke during the commissioning of a community school in Rivers State, blamed the misunderstanding between the two men on external forces.

He described the Rivers governor as the “soul of PDP.”

The ex-governor also rallied support for Atiku to win the 2023 presidential election.

Fayose’s remark will surprise many as he had earlier demanded the return of power to the Southern part of the country next year.

“I believe the needful will be done because winning an election is all that matters. Wike has not come out to say that Atiku Abubakar is not the presidential candidate.

“I was there the second day after the election when our candidate, the former Vice President, visited the house, the residence of Governor Wike and we had mutual conversations. We were all happy. Everything was in place to move forward. I spoke at that meeting but we don’t want to aggravate this situation.

“I am only appealing to people that matter. In every political party, there would be groupings. The same family, and different interests but we can do better than we are doing. People around the corridor of power, please allow this candidate to win the election.

“We do not celebrate victory until it is ours. Even in my state, they said that Fayose is Tinubu’s man. Like I said, people were decamping – sitting governors – I did not. Some people believe that you have to destroy your leaders before they can rise.”