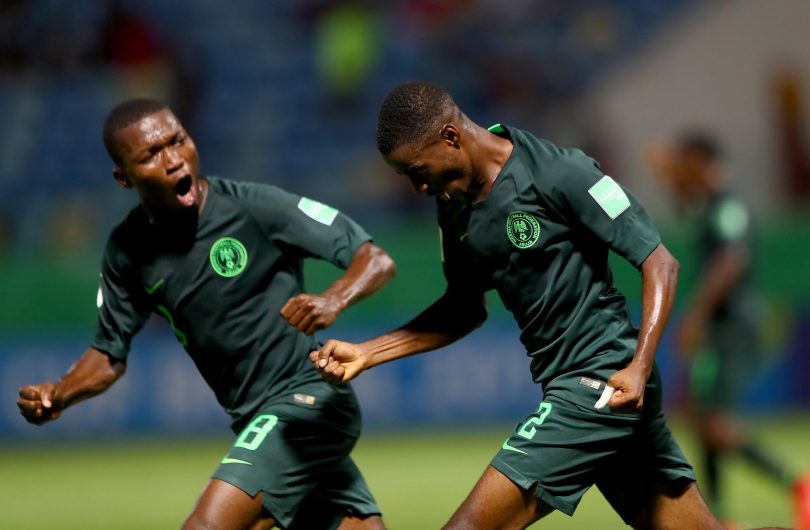 World football governing body, FIFA has congratulated the Golden Eaglets and two other teams for reaching the round of 16 of the ongoing U-17 World Cup in Brazil.

Nigeria, Angola and hosts Brazil became the first three teams to reach the knockout round after a Tuesday night of thrilling football in all the venues.

The Eaglets scored two late goals to secure a hard fought 3-2 win against Ecuador in their second Group B game at the Estadio Olimpico, Giaonia, with Ibrahim Sai’d netting a hat-trick.

Brazil defeated New Zealand 3-0 to zeal their place in the Round of 16 from Group A.

In the same group, Angola edged out Canada 2-1 to also move into the second round. Both countries have six points each but Brazil have a superior goal difference.

💪 Congrats to our first 3 qualifiers for the #U17WC Round of 16 pic.twitter.com/ncmNOAtiSq

Manu Garba’s boys top Group B with six points and will take on Australia in their final group match on Friday.