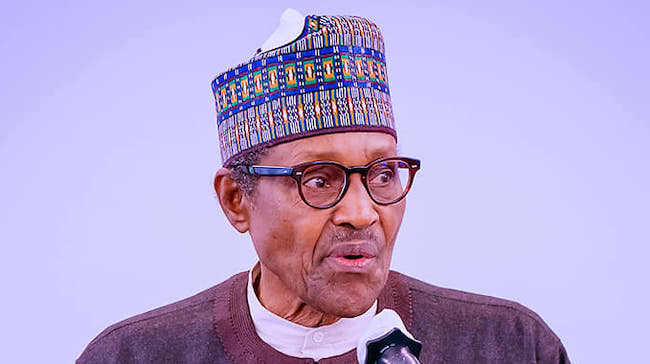 With less than five months to the end of his eight-year tenure, President Muhammadu Buhari has assured Nigerians that his government would work at delivering on its promises as concerns security, economy and the fight against corruption.

The president stated this in his 2023 new year message to Nigerians on Saturday.

Nigerians, over the last few years had been under more pressure as the issues listed by the president had taken its toll on their lives.

Insecurity had pervaded the land, with kidnappings, insurgency and terror attacks in several parts of the country making citizens live in fear.

The economy has fared no better under the Buhari government, as cost of living has skyrocketed, with inflation rate at a record high.

But Buhari in his message released by his Special Adviser Media and Publicity, Femi Adesina said “The year 2023 would, indeed, be a time when we would work to solidify on delivering key strategic priorities under our “SEA” – (Security, Economy and Anti-Corruption) Agenda. Some of the key priority areas we would direct our attention and strengths to include:

“a. Focus on SECURITY; we will continue to engage, push back and dismantle the operations of both internal and external extremist and criminal groups waging war against our communities across the Nation. We will also focus on ensuring that free and fair elections would be held come February 2023. Our security forces are working in partnership to ensure the wins we have got in war against insurgency, banditry, secession and other crimes are sustained and more wins acquired.

“b. For the ECONOMY; our focus would be on maintaining and building economic growth through the national economic diversification agenda that supports the goal of national food self-sufficiency and growth in non-oil sources. The ongoing infrastructure revolution by our administration will see us deliver the key projects across the Nation in power, rail, roads, ports and technology.

“c. ANTI-CORRUPTION: On the anti-corruption drive of our administration, we have created new records in this fight, growing from 117 convictions in 2017 to 3,615 convictions as at December 2022. We as a government are committed to ridding our nation of all forms of corruption, through the collaboration with all the arms of Government to effectively prosecute this fight”.

He continued, “As we welcome the New Year, let us look with hope to 2023, a year to move forward as a Nation towards unity, progress and prosperity. I offer my own personal felicitations, mindful of the various opinions and interpretations of our executive legacies.

“I welcome and accept both the accolades and criticisms in equal measure secure in the conviction that I did my best to serve our dear country Nigeria and I pray that the next President will also pick up the baton and continue the race to make Nigeria one of the leading countries of the world by the end of this century”.

Buhari also, again assured Nigerians of his commitment towards free, fair and credible elections next year, an assurance he had given at several fora adding, that transparent elections would be one of the legacies of his administration.

In his new year speech on Saturday, Buhari cautioned Nigerians against being used as instruments of violence next year.

He noted that the new Electoral Act would be instrumental to credible electoral process, urging Nigerians on political participation

The President said: “In year 2023, Nigerians go to the polls to exercise our right to vote and elect a new Administration, it is an important year for our country to ensure that we have another smooth transition of government, to whoever the people have decided upon.

“This administration’s landmark Amended Electoral Act will ensure that we have free and fair elections across the Nation. We as Nigerians must also take responsibility to ensure we participate in ensuring that the 2023 elections are free and fair by not engaging in anti-state activities and other nefarious acts that may affect the run of the polls.

“We must also resist every attempt to be used by politicians to create unrest in any form to disrupt the elections. We, as government will ensure such activities are met with the full force of the law.”

The President also pointed out some of the successes recorded so far in fight against insecurity and urged Nigerians to support security agencies in providing much needed intelligence.

“The fight against insurgency in the North East region has continually recorded very clear wins in the past year. The Federal Government, and the Borno State government, have started the journey of returning internally displaced persons to their ancestral homes earlier taken by the insurgents.

“Also, over 82,000 insurgents with their families have surrendered to the Nigerian military. A number of surrendered insurgents are currently being processed by the rehabilitation (Operation Safe Corridor) program.

“The fight against banditry, kidnapping and other crimes in the North West and other regions is gaining momentum and showing very clear results. One of which is the resumption of Train Service along the Kaduna to Abuja corridor”, he added.