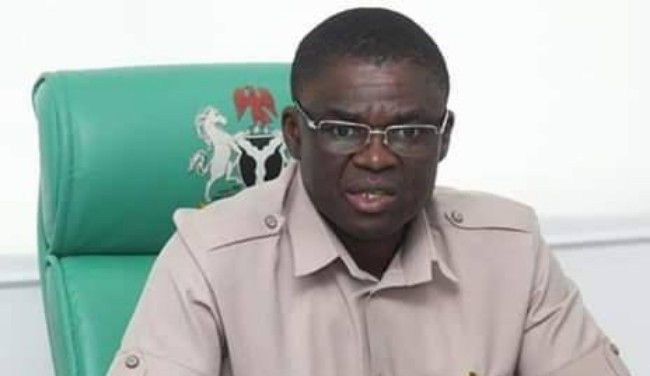 A chieftain of the Peoples Democratic Party (PDP) in Edo State, Dele Elempe, has lambasted the state’s Deputy Governor, Philip Shaibu, over a $300,000 bribery allegation he allegedly made against his principal, Governor Godwin Obaseki.

The party’s National Vice Chairman, South-South, Chief Dan Orbih, at his country home in Ogbona, Etsako Central local government area of the state while playing host to some party members, during the Yuletide had said Shaibu confided in him at a peace meeting held in Abuja, that he gave $300,000 to Governor Obaseki to give to him (Orbih) and a senatorial candidate for Edo South, being his contribution to the purchase of the PDP governorship ticket for the 2020 election.

Orbih added that when he got back to Benin, he met face to face with both Obaseki and Shaibu and challenged the Governor on the said bribe.

“I challenged him (Obaseki) at the meeting to tell us whether he gave one kobo to me and the Edo South senatorial candidate or not. He said that he didn’t give us money and he didn’t tell anybody to give us money.

“I then turned to the deputy governor and said, ‘Shaibu, you are sitting here. Did you not tell us that you gave $300,000 to Obaseki to add to the money for the ticket of PDP?’ Shuaibu admitted that he said so, right in the presence of Obaseki. The other governors looked at themselves and shook their heads.”

But in a statement on Friday, Shaibu had afterwards denied giving his boss the said $300,000 to offer as bribe to Orbih and some leaders of the PDP in the build-up to the party’s primary ahead of Edo State governorship election in 2020.

Shaibu refuted Orbih’s claim, saying it was a lie, adding that he could not have sent his boss on an errand.

However, Elempe, in a press release on Saturday, castigated Shaibu for denying the bribery allegation, describing the denial as “one of the most tepid, lukewarm, unprofessional disavowal I have ever seen in the history of press releases.”

He continued that “The Press Statement with the headline, ‘Shaibu Rejects $300,000 Bribery Allegation’, is one of the most tepid, lukewarm, unprofessional disavowal I have ever seen in the history of press releases”.

“Apart from the predictable poor and unprofessional language, how can a press statement coming from the Deputy Governor be released without any signature?

“This goes to show that the release was either written by a roadside hatchet man or this is the much the Deputy Governor can muster from his professional media aides.

“And again, to think this poorly scripted release was the much they could write after many days of the trending video goes to show a link in their distress.

“Without being glib about it, anyone who reads the release would not fail to understand that the writer tried unsuccessfully to keep Philip Shaibu from the rage of horror of the vindictive Governor.

“How the writer tried to sneak in ‘my boss’ to cool tempers into the narrative is laughable. What has ‘my boss’, those comforting words, got to do with the central issue?

“Apart from the believe that maybe Philip was ‘pressured’ by Governor Godwin Obaseki through a third party to release the statement, which was done without finesse, candour or professionalism, nothing is in the empty press release.

“It is as empty as a haunted house. Even a student of politics, law or journalism, or even ordinary citizen will not fail to understand that a trendy video cannot be said to be a rumour as claimed in the purposeless press release.

“Names were mentioned by the PDP South South Chairman, Chief Dan Orbih, who were there present when he openly asked Philip about what he told him about the $300,000 bribery allegation.

“So what exactly is the stray about when the issue can be resolved through an investigation from those present at the said meeting?

“The moral burden of the matter is on both the governor and his deputy. They have been accused to speak out, not this sneak release that is unsigned or the cemetery silence from the governor; for silence is considered consent.

“Philip Shaibu cannot wish the Edo State people are all fools in trying to deflect the issue.

“No one said he sent his ‘boss’ to deliver bribe money, what was said is what he told Chief Dan Orbih; that the governor collected $300,000 to add to what he needed to use to pay for their joint ticket.

“This is the core issue, not the unconvincing statements meant to save his ‘job’ rather than to be accountable to the Edo State people.”

Five months to go, Buhari promises to deliver on security, economy, anti-corruption in 2023