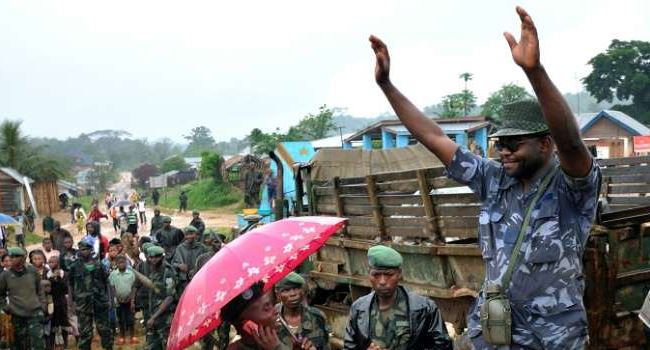 A former notorious militia leader in the Democratic Republic of Congo, Ntabo Ntaberi has been sentenced to life in prison for crimes against humanity, including mass rape.

Ntaberi was convicted on Monday by a military court of murder, rape, sexual slavery and enlisting children under the age of 15, in a ruling that came at the end of a two-year trial that saw 178 victims testify.

“This verdict is a source of immense hope for the many victims of the conflicts in the DRC: their suffering has been heard and recognised,” said Leila Zerrougui, head of the UN’s peacekeeping mission in DR Congo.

The United Nations said the ruling showed “impunity is not inevitable”.

Ntaberi, also known as Sheka, was one of the leaders of a militia group called Nduma Defense of Congo (NDC), which operated in the restive eastern province of North Kivu.