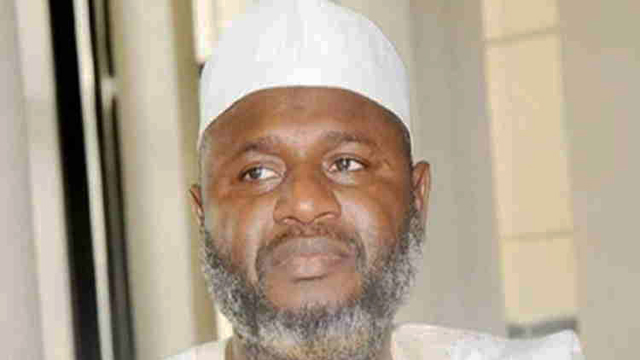 The race for the Presidency in 2023 keeps throwing more players into the game as a former Governor of Zamfara State, Ahmad Yerima has declared his intent at vying for the coveted political post.

Yerima made his proclamation on Saturday via a BBC Hausa interview in Gusau, the capital of Zamfara State, while narrating how he was prevailed upon by Northern elders to shelve his ambition for that of President Muhammadu Buhari during previous elections.

He said, “If God spares my life, by 2023 I would go into the contest for the post of the President of the Federal Republic of Nigeria.

“In 2007 I made similar attempts but the Arewa Consultative Forum and other respected elders of the North pleaded with me and other contenders to step down for Muhammadu Buhari and I agreed.

“Now that he has been elected as President twice and his tenure is ending up in 2023, I decided to make a public pronouncement that I am contesting for the post of the President come 2023.”

The former Governor further enumerated how he would improve on the economy if he were to emerge victorious, highlighting sectors such as agriculture as being important towards the reduction of poverty across the country.

“I served as Governor of Zamfara for eight years, I was in the Senate for twelve years so, with the experiences I have gathered, I understand that Nigeria is suffering from two main problems, poverty, and illiteracy.

“If the government can come up with policies to enhance agriculture and livestock production, support small – scale entrepreneurship and everyone is empowered to do one business or the other, the issue of insecurity and other socio-economic issues crises affecting Nigerians will be addressed”.

He also dismissed the calls for zoning despite the fact that President Buhari has been at the helm of affairs for eight years.

“If there is room for zoning and the post of the presidency is not zoned to someone’s geographical zone, it would be an act of madness for the same person to aspire for the post. The emphasis on both constitutions is “Nigerian regardless of the zone he came from”

“There is no zoning in APC constitution and even in the PDP constitution and if you insist on zoning, are you going to compel someone whose presidency is not zoned to his own geopolitical area to vote for someone he dislikes?” he queried?