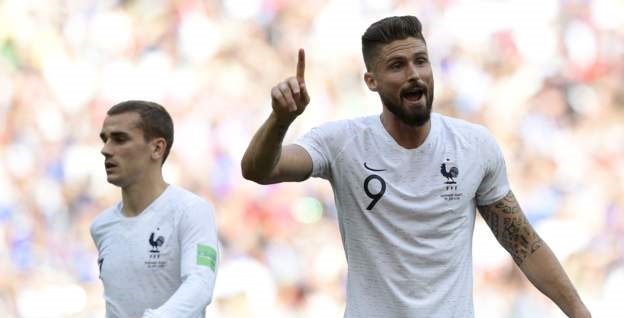 France and Denmark played the first goalless draw of the 2018 FIFA World Cup in a Group C final group clash at the Luzhniki Stadium in Russia on Tuesday.

Having won their first two games, France won the group with 7 points, followed by Denmark who earlier won against Peru and drew with Australia to earn a total of 5 points.

The other game of the group between Peru and Australia ended 2-0 – in favour of Peru. But both teams have crashed out of the competition.

Peru were already out of the competition having lost their previous two matches. The win makes no difference for them as regards the race for the title.

Australia with a point from their draw against Denmark were hoping to emerge victorious against Peru, and also hoping that Denmark lose to France, in order to make the round of 16. But their hopes on both ends were defeated.

The winners and runners-up of the group D will be determined later on Tuesday, as the Super Eagles of Nigeria will face Argentina while Iceland take on Croatia.