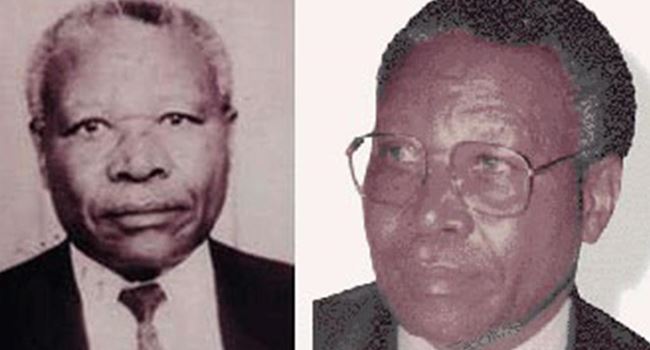 Rwandan genocide suspect, Felicien Kabuga, who was nabbed while living under a false identity in a flat outside Paris, France on Saturday after 25 years of being on the run, has declared that the accusations against him are “lies”.

Kabunga is alleged to have been one of the main financiers of ethnic Hutu extremists who killed 800,000 people. They were targeting members of the minority Tutsi community, as well as their political opponents.

Reuters reports that when he was asked if he understood the charges, Mr Kabuga replied, via an interpreter: “All of this is lies. I have not killed any Tutsis. I was working with them.”

His lawyer, Laurent Bayon said the results of a DNA test used to identify him should be annulled as he had not given consent.

Mr Bayon insisted his client is “old and sick” and said his health should be considered. He argued that Mr Kabuga should be tried in France.

His request for bail was refused, Reuters reports.

French justice ministry said that the 84-year-old, who is Rwanda’s most-wanted man and had a $5m bounty on his head, was living under a false identity in a flat in Asnieres-Sur-Seine.

According to a police statement which described him as “one of the world’s most wanted fugitives”, Kabuga who was arrested at 05:30 GMT on Saturday had been hiding with the complicity of his children.

A Hutu businessman, Kabuga is accused of funding militias that massacred about 800,000 ethnic Tutsis and moderate Hutus over 100 days in 1994.

“Since 1994, Felicien Kabuga, known to have been the financier of Rwanda genocide, had with impunity stayed in Germany, Belgium, Congo-Kinshasa, Kenya, or Switzerland,” the French justice ministry statement said.