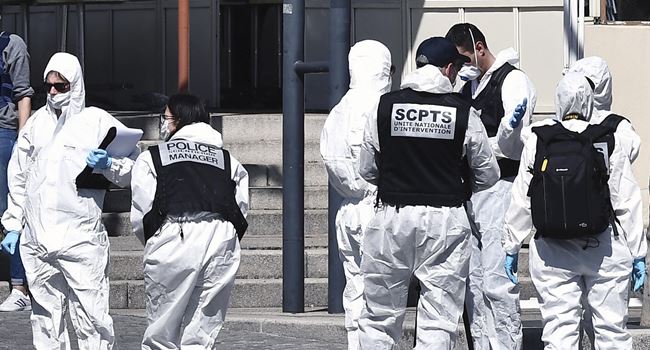 The police in France have determined the motive of a knifeman who killed two people and wounded five others in a knife attack in south-east France, in what the interior minister described as a terrorist incident.

The prosecutor’s office in a statement on Saturday said initial investigations suggest the attacker had “a determined murderous course aimed at seriously disturbing public order by intimidation or terror”.

During a search of the suspect’s home, “handwritten documents with religious connotations were found”, it said.

At the time of his arrest, the attacker was “found on his knees on the pavement praying in Arabic”, prosecutors said.

According to eyewitnesses, the attacker entered a tobacconist in the town of Romans-sur-Isère, near Grenoble, and stabbed the owners and a customer and later went to a nearby butcher’s shop and attacked more people.

The man was not known to the police or intelligence services, news website France Bleu reported.

Related Topics:FranceFrance knife attack
Up Next