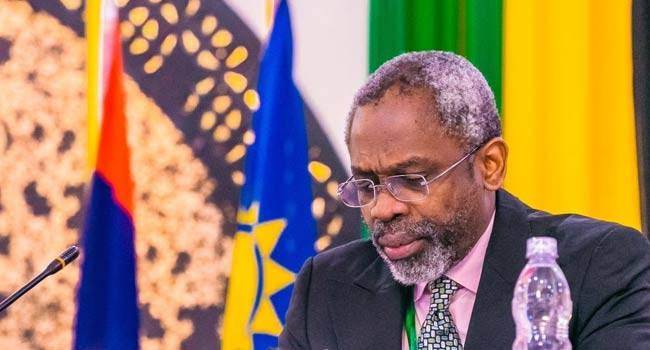 The Speaker of the House of Representatives, Femi Gbajabiamila on Thursday indicted retired public office holders in the misfortune that has greeted the country’s power sector.

The Speaker spoke while declaring open the investigative hearing into the Federal Government’s abandoned power projects from 1999 to date.

He said the unpatriotic activities of serving and retired public office holders are responsible for the socio-economic misfortune in the power sector.

The Speaker, represented by the Chief Whip, Rep. Mohammed Monguno (APC-Borno), lamented over the state of power sector of the country.

He also revealed that a motion to review government’s expenditure on the power sector to ensure sustenance of the power reform programme in Nigeria was referred to the Ad-hoc Committee on Thursday.

“You will agree with me that from 1999 to date, the National Assembly has appropriated huge sums of monies in the power sector and there are lots and much to be desired from the sector.

“The problem is you and I; we are not patriotic enough in the discharge of our responsibilities to our nation.

“Again, I want to state that it is embarrassing that when you pick-up newspaper, what you read is probe, probe, and probe; many heads to roll; EFCC to investigate.

“It is time in our nation building to rethink and press the reset button on what we do, how we do them with a view to ensuring that we get value for the monies appropriated for projects,” he said.

Gbajabiamila also expressed his displeasure that Nigerians were virtually in every part of the world largely in search of stable electricity supply, good medical health facilities, quality education among others.

He, however, said “It is time we out our hearts correcting all that is wrong so that we can create an enabling environment for our children.

“The constitution of this Ad-hoc Committee is to enable the House in moving forward, take a critical evaluation of monies appropriated vis-a-vis their utilisations.

“However, in the course of carrying out this assignment, the committee is at liberty in line with Sections 88 and 89 of the 1999 Constitution (as amended) to invite any organisation, agency, person, either still in active service or retired to make clarification where necessary,” he stressed.

Stakeholders at the event included Permanent Secretary, Federal Ministry of Power, Nigerian Electricity Regulatory Commission (NERC), Transmission Company of Nigeria (TCN), management team from all the Distribution Companies (DISCOs) and GENCOS, among others.