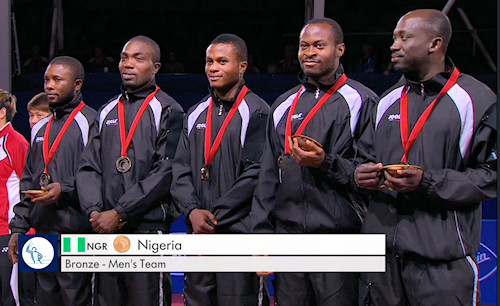 Following their 3-0 loss to India in the final of the men’s table tennis event at the ongoing Commonwealth Games, ​coach of the Nigerian team, Nosiru Bello, has blamed fatigue and injury for the defeat​.

​The table tennis team won Nigeria​ her first medal at the Gold Coast competition but their race for the gold was cut short by the Indians as they settled for silver.

“We were fatigued as we only rested 40 minutes before the commencement of the final against India,” Bello told the Team Nigeria media team.

Read Also: ​#CAFCC: MFM coach ‘not giving up’ despite home loss​ to Djoliba

Bello added: “Segun Toriola had a muscle injury but still gave his best. The Indians played their semi-final in the morning and rested better than us. We played our semi-final and hardly rested before the final. That lack of rest affected us badly.”​​

At the moment, however, Nigeria have won 3 gold medals and 4 silver medals at the Commonwealth Games in Australia.

‘No trophies yet’, Valverde warns Barca to guard against ‘overconfidence’

​#CAFCC: MFM coach ‘not giving up’ despite home loss​ to Djoliba